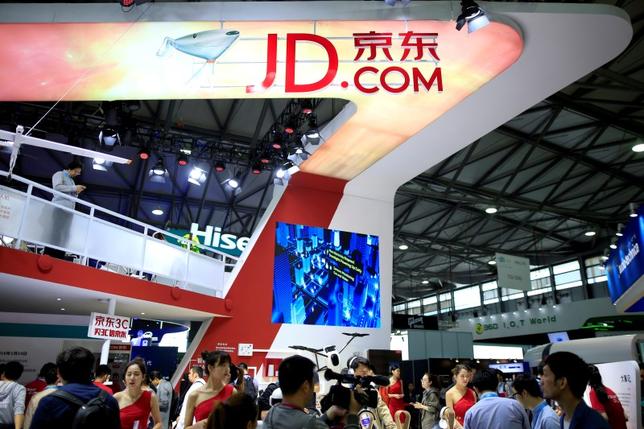 Chinese online retailer JD.com said on Friday that Britain leaving the European Union could make British goods cheaper to buy but it was premature to say if the move would significantly impact the group’s business.

The pound has dropped almost 8 percent against the dollar since last Friday, the steepest daily decline in the post-1973 floating-exchange-rate era, after Britain’s Brexit vote stunned global markets.

“British products will be more competitive. It is however too early to say if there will be a significant impact on business,” Tony Qiu, head of JD Worldwide, told a news conference in Paris.

JD.com, Alibaba Group Holding Ltd’s main rival in online shopping and China’s largest e-commerce company by revenue, is an import site that sells products from France, Britain and elsewhere, though Qiu also said that “mid- to long-term we may sell to people in Europe”.

Qiu was in Paris to meet several dozen French companies in the retail, luxury, wine, and cosmetics sectors and explain how it can help them tap into the potential of the Chinese e-commerce market as it gives them access to its 169 million strong user base.

Alibaba and JD.com together account for more than 80 percent of online retail sales in China, a market that saw more than 2 trillion yuan ($304 billion) of transactions last year, according to iResearch.

The amount of goods transacted on JD.com’s platforms, or gross merchandise volume (GMV) reached $71.5 billion in 2015 and 72.4 pct of the transactions were done on mobile phones.