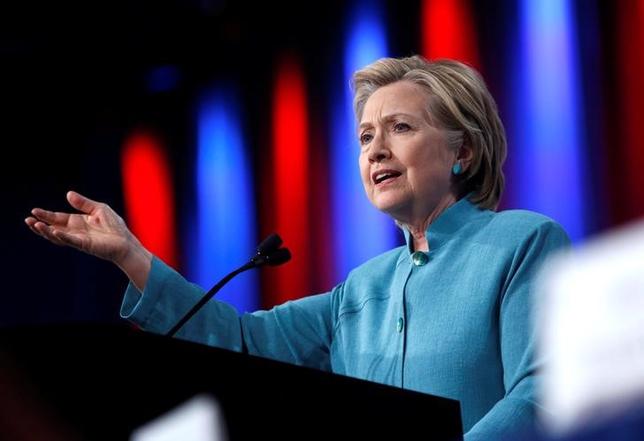 Presumptive Democratic presidential nominee Hillary Clinton on Tuesday laid out a technology and innovation agenda ranging from connecting every U.S. household to high-speed internet by 2020 to beefing up cyber security and reducing regulatory barriers.

A statement issued by her campaign said Clinton strongly supports the Obama administration’s net neutrality rules requiring broadband providers to treat all data equally, rather than giving or selling access to a so-called Web fast lane.

She will increase research and development budgets of the National Science Foundation and similar entities and will launch an initiative to train up to 50,000 computer science teachers, the statement said.

“Hillary believes the government has an important role to play in laying a foundation for broad-based innovation and economic growth – by reducing regulatory barriers to entry, promoting healthy competition, and keeping the internet free and open,” it said.

(Reporting by Mohammad Zargham in Washington; Editing by Marguerita Choy)