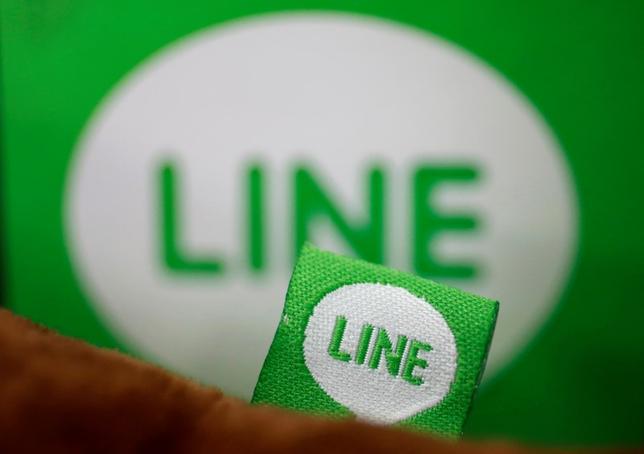 The logo of free messaging app Line is pictured on a smartphone and the company’s stuffed toy in this photo illustration taken in Tokyo, Japan September 23, 2014.

Japanese messaging app firm Line Corp has delayed setting a tentative price range for its initial public offering (IPO) by one day, until Tuesday, the company said in a regulatory filing, citing the “market environment”.

The IPO price range was originally scheduled to be announced on Monday. Line still plans to list in New York on July 14 and in Tokyo the following day, the filing showed.

The equity market in Japan recovered somewhat on Monday as the Topix closed up 1.8 percent, but the delay will allow the company to assess the market in New York and London on Monday before setting the tentative price range, a Line spokesman told Reuters.

Earlier this month, the company announced plans to sell 35 million new shares in an IPO, which would raise 98 billion yen ($963 million) at its initial reference price of 2,800 yen per share.

Line’s listing will go ahead according to its planned schedule, the company said on Friday.

Companies around the world are wrestling with the aftermath of the Brexit vote, which is likely to delay or disrupt upcoming takeovers and initial public offerings. Companies with direct exposure to the British economy are more likely to see their deals scuppered compared with those who are just caught up in global market volatility.

Line has little direct exposure to Britain or Europe. Its main markets are Japan, Indonesia, Taiwan and Thailand.

Line delayed its IPO by two years, buying time to fix weaknesses in weak financial reporting controls, bolster staffing and develop its business plan. But in doing so, it left billions of dollars on the table as its valuation shrivelled.