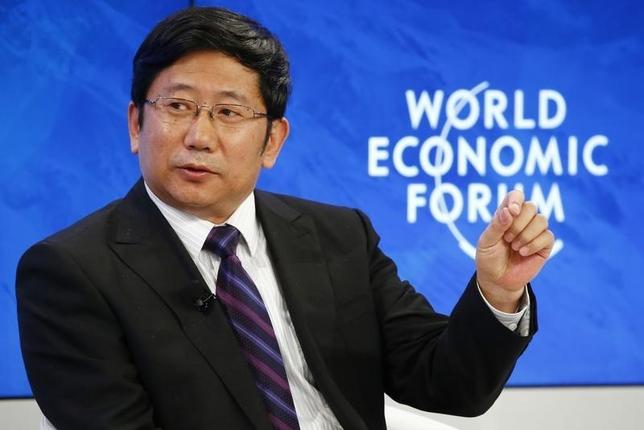 Xu Jinghong, Chairman of Tsinghua Holdings attends the session ”The Future of ”Made China”” during the Annual Meeting 2016 of the World Economic Forum (WEF) in Davos, Switzerland January 21, 2016.

As the firm that controls acquisitive chip supplier Tsinghua Unigroup outlined the target, its chairman, Xu Jinghong, also said China has been too slow to reform its economy, and must move faster to promote high-margin tech operations rather than cheap manufacturing.

In the chip development drive – a strategic priority for Beijing – Tsinghua Unigroup aims to become the world’s No. 3 chipmaker after Intel Corp and Samsung Electronics Co. The firm has proposed buying stakes worth nearly $1 billion in two Taiwanese chip firms – deals now under review by a new Taipei government that is less friendly toward China.

Speaking to Reuters on the sidelines of a World Economic Forum gathering in Tianjin on Sunday, Xu said the pace of progress in China in broad economic terms was too slow. The old investment-led growth model produces diminishing returns and ever-larger amounts of debt, Xu said.

“This is a key time for China’s economy. We must restructure, but it will be very painful. Industries facing over-production must be restructured, while new industries need support,” Xu said.

As well as pledging 50 billion yuan in research and development spending over the next five years, Tsinghua will set up a 10 billion yuan fund to support commercialization of new technology.

Xu said Tsinghua had also kicked off a plan to open 1,000 startup incubation centers in 100 cities in China.

China could add $5.6 trillion to gross domestic product, and $5.1 trillion of new income for households, by 2030, if it can switch to a productivity-led growth model, the McKinsey Global Institute said earlier this month.

However, Xu said progress has been too slow.

“We need to step up reform. We should let the market decide how resources are allocated. We need a fair market, and improved legal environment,” said Xu.