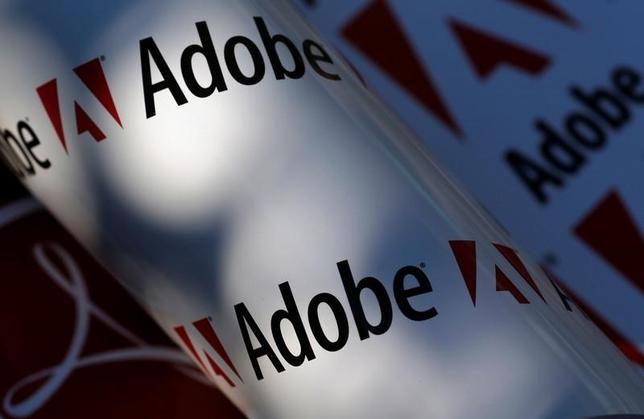 Adobe company logos are seen in this picture illustration taken in Vienna July 9, 2013.

Adobe, which is generally conservative with its forecast, forecast revenue of $1.42-$1.47 billion, largely below analysts average estimate of $1.47 billion, according to Thomson Reuters I/B/E/S.

Adobe also reported a 20.4 percent rise in second-quarter revenue, as more customers subscribed for its Creative Cloud package of software tools, such as Photoshop.

For the past few years, Adobe has been focused on selling its software through web-based subscriptions, which ensures a predictable and recurring revenue stream compared with the lumpy revenue earned through the sale of packaged-licensed software.

The switch has helped Adobe’s revenue rise for nine straight quarters, including in the latest second quarter ended June 3.

The company’s shares were trading down 4.5 percent at $95.20 in extended trading.