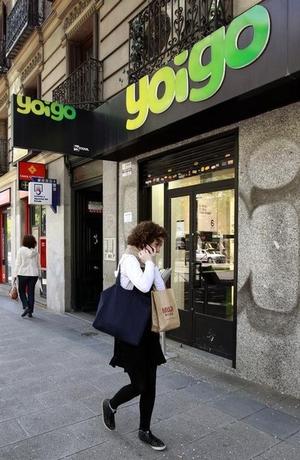 A woman speaks on her mobile phone as she walks past a Yoigo shop in Madrid, April 26, 2011.

British investment firm Zegona said it would push ahead with talks to buy Yoigo after reaching agreement with the Spanish budget mobile operator’s biggest shareholder Telia.

Zegona, set up by former Virgin Media executives to buy and run businesses in the European technology, media and telecoms sector, has been in talks about buying Yoigo for almost three months.

It said on Monday it had reached agreement with Telia to buy Yoigo but that it was yet to reach agreement with smaller shareholders. It is also aware of another bidder which is willing to pay a higher price, it said.

“Given the current uncertainty of this new bid and our expectation of greater clarity within a relatively short period, the board considers it is in the best interest of shareholders that Zegona remains engaged in the Yoigo transaction,” it said.