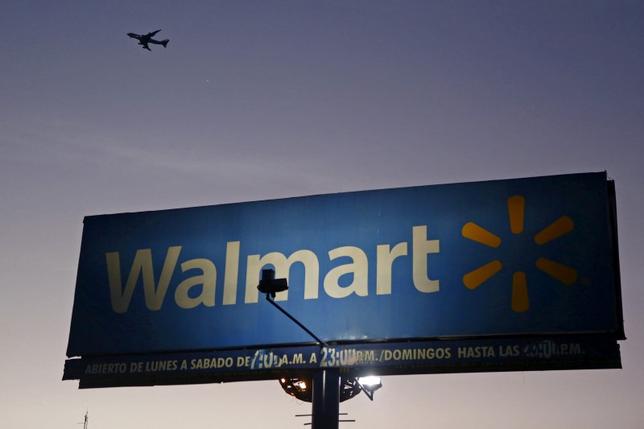 Aircraft flies over a Wal-Mart billboard in Mexico City March 24, 2015.

The exact terms of the proposed deal are unclear and discussions remain fluid, but one of the people said it could include a broader partnership between Wal-Mart and JD.com, according to the report. (on.wsj.com/28IQUlW)