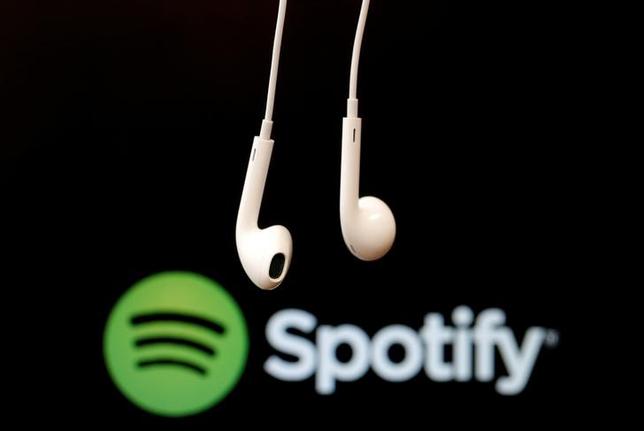 Headphones are seen in front of a logo of online music streaming service Spotify in this February 18, 2014 illustration picture.

Swedish music streaming service Spotify said on Monday its user base had grown to 100 million, up from 75 million previously, as it pushed into new markets and despite competition from the likes of Apple Music.

Spotify has the music streaming industry’s biggest paid subscriber base, with 30 million users paying to listen, but the vast majority still tune in for free with commercial breaks.

Sources have told Reuters that Amazon.com Inc is preparing its own standalone service.

Spotify, founded in 2006, pays more than 80 percent of its revenue to record labels and artists and has not yet shown a profit as it spends to grow internationally.