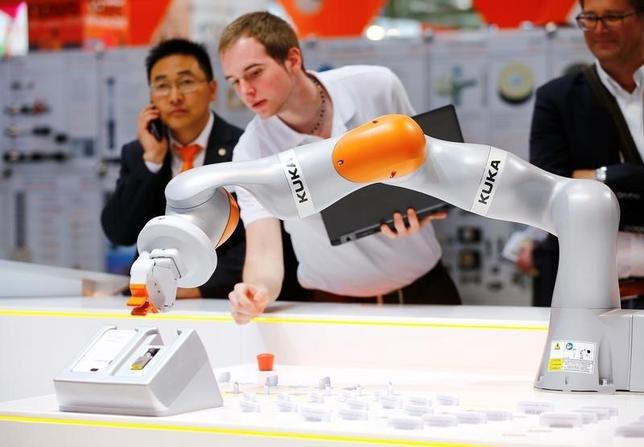 German billionaire businessman Friedhelm Loh does not plan to launch a counter offer for German industrial robot maker Kuka, the target of a 4.5 billion euro ($5 billion) bid by China’s Midea, he told a German newspaper.

Kuka is the biggest German industrial technology company to be targeted by a Chinese buyer in a wave of deals over recent months and the bid caused a stir among German politicians.

Loh, who owns German manufacturer Rittal and controls 10 percent of Kuka via his investment company Swoctem, ruled out a counter bid saying his company was too small.

“We can’t compete with the conditions of the offer. That would overexert my company and massively restrict our own investment plans,” Handelsblatt daily quoted Loh as saying in an interview to be published on Tuesday.

German Chancellor Angela Merkel has said she would not try to prevent a takeover but has left the door open to rival bids. However, no potential German or European counter bidder has emerged and industrial group Siemens has already said it has no interest in becoming a white knight for Kuka.

Loh did not say whether he planned to sell his 10 percent stake in Kuka to home appliance maker Midea, saying he needed more information. “But you have to ask yourself what an investment brings if you don’t have a blocking minority at least,” he told the paper.