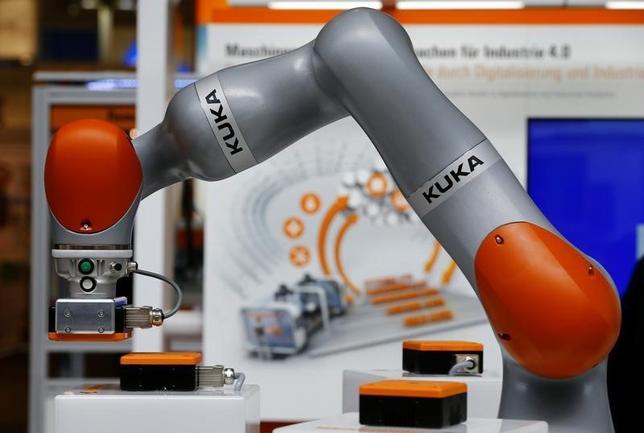 The logo of German industrial robot maker Kuka is pictured on a Kuka robot arm during the Hannover Fair in Hanover, Germany, April 25, 2016.

Kuka aims to obtain a formal agreement from China’s Midea to preserve German jobs and sites after its planned takeover of the industrial robot maker, a person familiar with the matter said on Thursday.

An agreement to that effect would run for “significantly longer” then the three to five years that are common in Germany, the person said.

Around 4,500 of Kuka’s employees are based in Germany. Some 3,500 of them work are at its headquarters in the southern German city of Augsburg.

The source also said that Kuka aims to sign an agreement with Midea that would keep most of the German company’s research and development at its headquarters.

“It is important that core activities remain in Augsburg,” the person said.

Kuka currently employs more than 500 developers at its headquarters. Around 50 research engineers work for Kuka in China, but they work mainly on customer-specific applications. The group also has some development activities in the United States and Hungary.