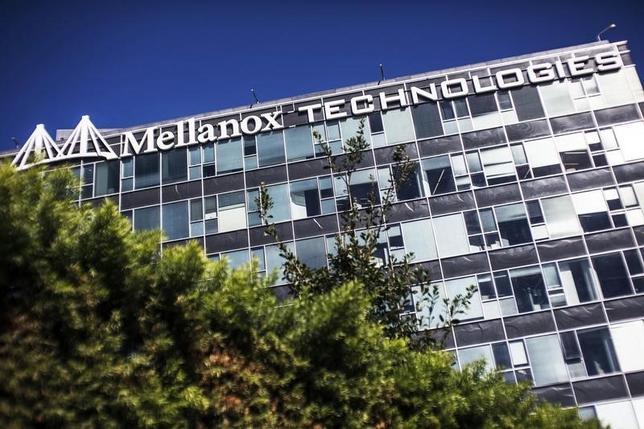 The logo of Mellanox Technologies is seen on one of its office buildings in the northern Israeli town of Yokneam October 9, 2013.

Nasdaq-listed Mellanox already employs a large number of Arab programmers in Israel and dozens in Ramallah and Nablus, in the occupied West Bank. Now its chief executive is extending the outreach to Gaza, the Palestinian enclave that has been almost entirely cut off from Israel for a decade.

Working with ASAL Technologies, a Palestinian software firm, the maker of products that connect databases, servers and computers has hired four programmers in Gaza. It hopes to add at least six more in the next six months.

“From our experience in Ramallah, we think we have the potential to collaborate and make our neighbors successful,” Chief Executive Eyal Waldman told Reuters in an interview.

Few Israeli Arabs serve in the Israeli army, a major source of innovation. They cannot tap the relationships built during military service that help Jewish entrepreneurs get ahead.

Among Palestinians, there were 11,000 registered engineers from all sectors in Gaza at the end of 2015 and 16,000 in the West Bank and East Jerusalem, according to Gaza’s Engineering Association.

A senior programmer in Gaza estimated that about 5,000 people from the territory work in software. But a study among 1,061 new engineering graduates in Gaza showed an unemployment rate of 36 percent.

Meanwhile, Israeli companies have begun to outsource work to other countries, such as India. But Palestinians have the same skills, Waldman said, and they are in the same time zone.

The main obstacle, of course, is the ongoing hostility between Israel and the Palestinians. Israel does not allow its citizens to travel into Gaza. Even if it did, they wouldn’t be allowed in by Hamas, the party that has ruled Gaza since 2007.

The hostility is likely to extend to Palestinian employees of Israeli companies. The four Gazan programmers hired so far confirmed they were working for Mellanox, but didn’t want to talk to reporters.

Mellanox said it was not aware of other Israeli tech company employing Gazans. Economic cooperation between Israel and Gaza is mostly limited to merchants importing goods, including agricultural products, cement and petrol.

But Mellanox’s Waldman thinks the obstacles can be overcome. The travel ban can be circumvented through audio and video conferencing, for example. He also thinks the results will be worth the effort.

“This will bring both peoples closer,” he said. “The more we interact, the more we strive for co-existence.”

“I hope it will serve as an example for other companies to follow,” she said, noting that Waldman was a leader in Israel’s high-tech sector and someone others tend to follow.

Mellanox already stands out for having a workforce in Israel that’s almost 10 percent Arab. It employs 68 people in the West Bank as part of a joint project with ASAL that has been running for four years.

Waldman noted that Israel’s high-tech sector grew out of design centers established in Israel by U.S. companies such as Intel, Microsoft and IBM. From them, Israelis learned to build their own companies.

“In Palestine, they will learn, and in five to 10 years they will start their own companies,” he said.