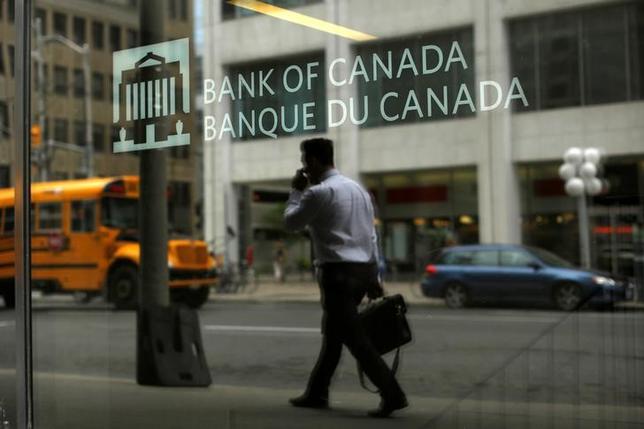 A man is reflected in a window while walking past the Bank of Canada office in Ottawa, Ontario, Canada, May 25, 2016.

The Bank of Canada is experimenting with a payments system based on the technology behind the bitcoin virtual currency, the central bank said on Thursday.

The goal “is solely to better understand the technology first-hand,” she said in a statement. “Other frameworks need to be investigated, and there are many hurdles that need to be cleared before such a system would ever be ready for prime time.”

Wilkins, expected to speak further on the issue on Friday, said the experiment is among many financial technology research projects. Such experiments, she noted, are not aimed at developing central-bank issued e-money‎ for use by the general public.

Details of the project, which uses the distributed-ledger technology associated with web-based currency bitcoin, were revealed at a payment-technology event in Calgary on Wednesday that was closed to media.

Kyle Kemper, an entrepreneur and head of the Bitcoin Alliance of Canada, who was present at Wednesday’s event, said the experiment is called “Project Jasper” and involves blockchain technology.

Blockchain’s distributed-ledger system allows users to conduct secure transactions with each other without the need for middlemen or central oversight, unlike traditional electronic funds transfers.

A slide from a presentation at the event seen by Reuters details how the banks in the experiment would pledge cash collateral in a pool that the Bank of Canada would convert into a digital version.

The digital currency would then be used as a medium of exchange and could be converted back to cash.

While long known as the backbone of bitcoin, launched under a pseudonym, blockchain has garnered the attention of large financial institutions in recent years.

R3, a New York-based research consortium that includes all of Canada’s major banks, is a partner in the Bank of Canada’s project, along with Payments Canada.