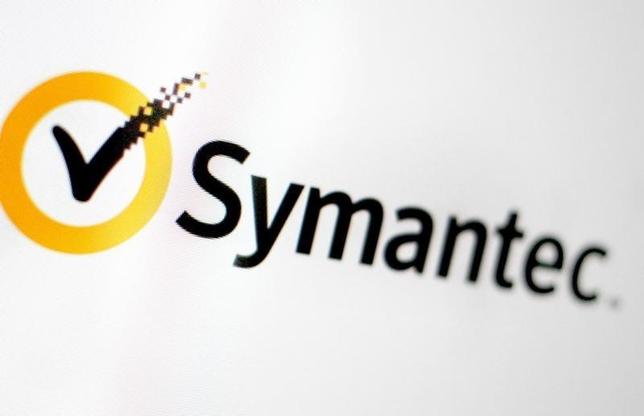 The Symantec logo is pictured on a screen in Singapore June 13, 2016.

Blue Coat helps protects companies’ web gateways from cyber attacks, a service that will complement Symantec’s existing offerings for large corporations such as email and endpoint security, Symantec executives said in an interview on Sunday.

“Blue Coat brings capabilities from the web and for network-born threats, which combined with what we already offer will provide better protection for our customers,” said Ajei Gopal, Symantec’s interim president and chief operating officer.

Symantec, which makes the Norton antivirus software, has been undergoing a transformation over the past year. It sold its data storage unit, Veritas, for $7.4 billion to a group led by Carlyle Group LP in January to gain the cash necessary turn around its core security software business.

Chief Financial Officer Thomas Seifert said Symantec had been eyeing Blue Coat for a while and wanted to wait to have the separation of the Veritas unit behind the company before it made a move to buy it. He said the deal, which is expected to close in the third quarter, would be accretive immediately.

By buying Blue Coat, 62 percent of Symantec’s revenue will now come from enterprise security, and it will be better positioned to compete with security players such as Palo Alto Networks Inc, FireEye Inc and Check Point Software Technologies Ltd. Symantec will now have $4.4 billion in combined revenue.

While it is shifting to focus more on enterprise security, Symantec has no immediate plans to sell its consumer unit, Seifert, the CFO said, adding that it is a highly profitable part of the company.

“We enjoyed a very productive partnership, and are excited to be a significant investor in the future of Symantec as the leading cyber security Company in the world,” Bain managing director David Humphrey said in a statement. Humphrey will join Symantec’s board as the firm agreed to invest $750 million in convertible notes.