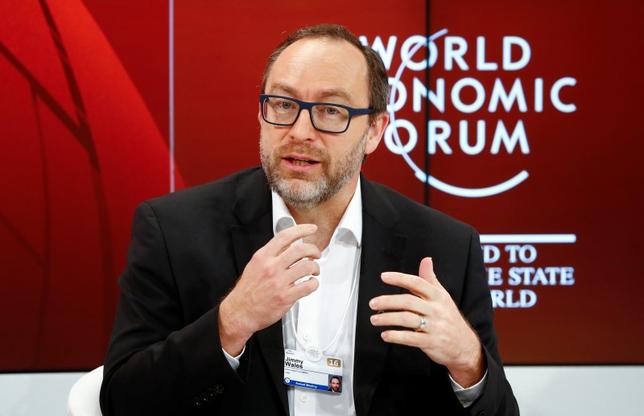 Jimmy Wales, Founder and Chair Emeritus, Board of Trustees, Wikimedia Foundation, gestures during the session ‘The Future of Education: Lessons in Uncertainty’ at the annual meeting of the World Economic Forum (WEF) in Davos, Switzerland January 21, 2016.

Wikipedia co-founder Jimmy Wales has said an attempt by France to give an online privacy ruling global force is opening up a “disastrous can of worms” and could spur global censorship.

A 2014 ruling by the European Court of Justice allowed people to ask the likes of Google or Microsoft’s Bing to remove inadequate or irrelevant information from web results brought up by searching for their name.

The measure, known as the “right to be forgotten”, has pitted privacy campaigners against defenders of free speech.

“One of the most disturbing things is the regulators in France have demanded that Google hide things globally, not just within the borders of France,” Wales told Reuters late on Thursday on the sidelines of the Brilliant Minds conference in Stockholm.

“That’s just opening a disastrous can of worms, because then it becomes a ridiculous race to the bottom, where the Internet is censored by the most restrictive jurisdictions,” he said.

“And nobody thinks we should censor based on the whims of the Chinese government, for example. But that’s the path that people go down if they are not careful.”

Google complied with France’s request, but it scrubbed results only across its European websites, arguing that to go further would set a dangerous precedent on the territorial reach of national laws.

Wales said Wikipedia was also working to adhere to the legislation.

The French data protection authority argues that a person’s right to privacy should not depend on where an online search is made, and counters allegations of censorship by noting that the links in question, hidden when a person’s name is searched for directly, can still be found by searching in different ways.

Wales said his staff at the Wikimedia Foundation, the non-profit organization that runs the online encyclopedia, assembled and written by Internet users around the world, were spending more and more time dealing with national regulations on the Internet.

“We’ve all become somehow kind of amateur lawyers on things like copyright,” he said.