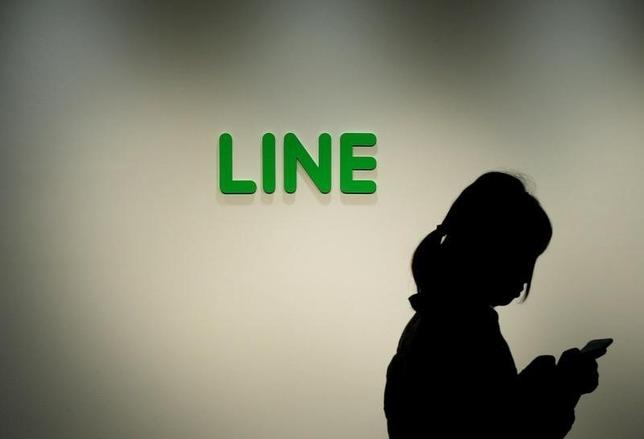 A woman walks past the logo of Line Corp at the company’s headquarters in Tokyo, Japan June 2, 2016.

Line Corp [IPO-LINE.T] on Friday said it plans to list shares in Tokyo and New York next month through an initial public offering (IPO) that would value the Japanese messaging app operator at 588 billion yen ($5.50 billion).

Tokyo-headquartered Line said it could raise as much as 112.7 billion yen, making the IPO Japan’s biggest of the year. The company, owned by South Korea’s Naver Corp, plans to use the proceeds for expansion at home and abroad, at a time when growth in user numbers has markedly slowed.

“Line is well-recognised so its shares will be popular,” said equity strategist Mitsuo Shimizu at Japan Asia Securities Group. “But as a company, it has passed its peak and is not going to grow fast from now.”

Line’s listing marks the next phase for a company whose fortunes changed after a devastating earthquake and tsunami in March 2011. The chaotic aftermath of the disaster prompted the company to launch messaging app NHN Japan to aid communication.

The years since saw it rebrand in 2013 and expand into 230 markets. Its free-of-charge app generates revenue through sales of electronic stickers and tokens for in-app games, as well as services such as music streaming and taxi hailing.

But while the IPO proceeds could help bolster an international push, the Line app is eclipsed in major Western markets by Facebook Inc’s Messenger and Whatsapp, while China is dominated by Tencent Holdings Ltd’s WeChat.

Moreover, growth in its number of monthly active users has tapered having tripled over the past three years. Last year, users numbers rose just 13 million to 218 million at the end of March, the IPO filing showed.

That made Line the seventh-most used messenger app globally, far behind WhatsApp with 1 billion monthly active users and Messenger with 900 million, as well as WeChat with 697 million, showed data from researcher Statista.

It boasts the most users among messaging apps in Japan, but the only other markets it leads are Taiwan, Thailand and Turkmenistan, showed data last month from researcher SimilarWeb.

“Line will not be able to enjoy growth in user numbers over the long term,” said analyst Hideki Yasuda at Ace Research Institute. “It needs to shift focus to boost revenue per user.”

Line plans to sell 13 million new shares in Japan and 22 million abroad at an indicative price of 2,800 yen each. Its parent, Korea’s largest web portal operator, will offer as many as 5.25 million existing shares in the event of strong demand.

Naver’s ownership will fall to as low as 80.8 percent.

Line said it plans to use the proceeds for strategic investment and to repay debt.

It also said, for last year, it booked revenue of 120.7 billion yen and a net loss of 7.6 billion yen, attributing the loss to the cost of closing an online radio company.

Line will set the final price of its shares on July 11 after gauging investor demand, with the aim of listing them on July 14 in New York and July 15 in Tokyo.