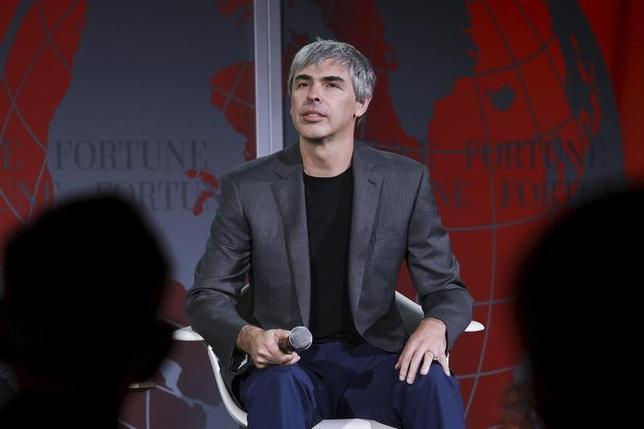 Larry Page, CEO and Co-founder of Alphabet, participates in a conversation with Fortune editor Alan Murray at the 2015 Fortune Global Forum in San Francisco, California November 2, 2015.

Google co-founder Larry Page is backing two start-ups that are working on flying cars, including funding one of them with more than $100 million so far, Bloomberg said on Thursday, citing sources.

Zee.Aero, into which Page has poured more than $100 million since it started in 2010, conducts test flights of its prototype at an airport hangar in Hollister, California, Bloomberg said.

The start-up has a manufacturing facility on NASA’s research center at the edge of Mountain View, the news agency said.

Since last year, Page has also been funding another start-up, Kitty Hawk, that is working on a similar competing model, Bloomberg said.

Kitty Hawk, which employs about a dozen engineers and has its headquarters about half a mile away from Zee.Aero, is working on “something that resembles a giant version of a quadcopter drone”, according to Bloomberg.

Page, who is referred to as the guy upstairs (‘GUS’) by Zee.Aero employees, demanded his involvement in the start-up should stay hidden, Bloomberg said.

Page, Zee.Aero and Kitty Hawk could not be reached immediately for a comment.