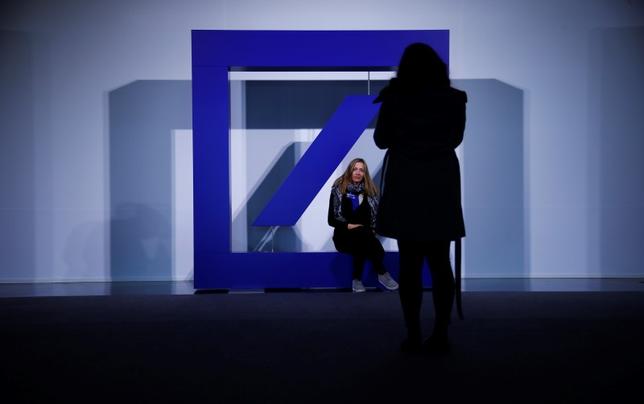 People pose for pictures with the emblem of Deutsche Bank during the bank’s annual general meeting in Frankfurt, Germany, May 19, 2016.

Deutsche Bank (DBKGn.DE) is ending plans to set up a new digital banking service in the United States, according to an internal memo from Chief Executive John Cryan.

Building such service would have required Germany’s flagship lender to divert resources from the bank’s core strategy, Cryan said in a letter to staff seen by Reuters.

Deutsche Bank is in the midst of a sweeping overhaul, which Cryan is now tweaking with his change of mind on the digital agenda.

In last year’s management reshuffle, Deutsche Bank made former chief operating officer Henry Ritchotte responsible for digital strategy and at the time said it would spend up to 1 billion euros ($1.14 billion) on digital initiatives over the next five years.

Cryan will now discuss new plans for Ritchotte’s team, the memo said. “We are determined to implement several ideas generated by Henry and his team in our business divisions.”