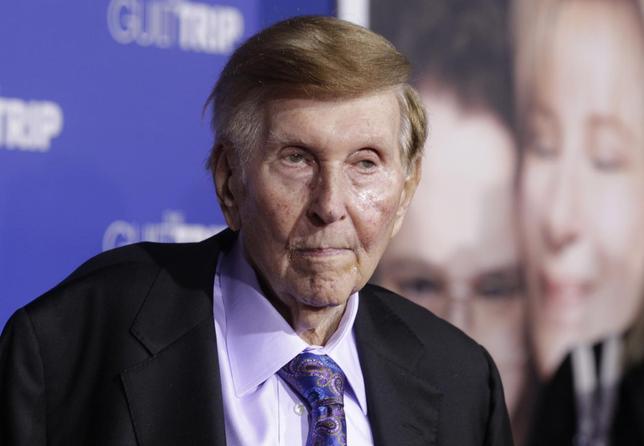 FILE PHOTO: Sumner Redstone, executive chairman of CBS Corp. and Viacom, arrives at the premiere of ‘The Guilt Trip’ in Los Angeles December 11, 2012.

James Spar, who examined Redstone, said he had only a “mild degree” of age-related cognitive impairment, and that he had the “legal mental capacity” to remove Dauman and Abrams from the trust, in a report sent to Reuters by Redstone’s spokesman on Thursday.

Redstone told the psychiatrist Dauman had “done a bad job running Viacom” and he was upset with Dauman’s decision to sell part of Paramount Pictures, according to the report.

Redstone last month removed both Dauman and Viacom board member George Abrams from the trust that will determine the future of Viacom and CBS Corp after controlling shareholder Redstone dies or is declared mentally incapacitated.

Redstone had also asked a Los Angeles Court for an order validating the removal of Dauman and Abrams from his trust and from the board of his privately held National Amusements Inc.

(Reporting by Parikshit Mishra in Bengaluru; Editing by Bill Rigby)