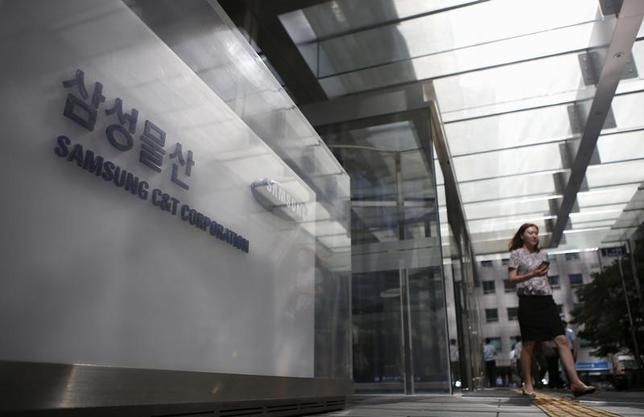 An employee walks past a logo of Samsung C&T Corp at the company’s headquarters in Seoul, South Korea, July 16, 2015.

South Korea’s Samsung SDS Co Ltd said on Friday it was considering spinning off its logistics process outsourcing and IT systems services businesses but no decisions have been made.

However, Samsung C&T and Samsung Electronics said in separate regulatory filings that they have no such plans. SDS did not elaborate further on its spinoff plans.