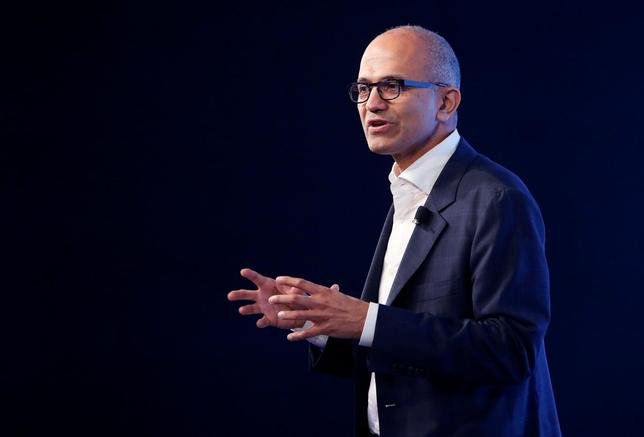 Microsoft CEO Satya Nadella gestures as he addresses students and young entrepreneurs during a conference in New Delhi, India May 30, 2016.

Microsoft Corp chief executive Satya Nadella is in Beijing this week, a company spokesman said on Tuesday, as China’s anti-trust investigation of the U.S. software titan nears its third year.

Nadella is expected to meet government officials to discuss the probe, a source familiar with the matter said.

His visit is the second over the past month to China by a high-profile U.S. technology executive after Apple Inc chief executive Tim Cook’s mid-May visit in a bid to reinvigorate sales. Cook met China’s Vice Premier Wang Yang on May 17.

Microsoft is one of several foreign firms to have come under scrutiny as China seeks to enforce a 2008 anti-monopoly law, which some critics say is being used to unfairly target overseas businesses.

Revenues earned in the country for the firm also have come under pressure, as China seeks to replace western tech products with those manufactured locally.

The State Administration for Industry and Commerce (SAIC), one of China’s anti-monopoly regulators, conducted raids on Microsoft in mid-2014 relating to the anti-monopoly law.

The investigation relates to compatibility, bundle sales, and file verification issues related to Windows and Office software, according to Microsoft.

Nadella is no stranger to China. He visited in September 2014, after news of the investigation broke. At a meeting with a top regulator in Beijing at that time, Nadella promised to cooperate fully with authorities in their investigation.

But in a sign that the matter still had not been resolved, SAIC said in January that it had requested Microsoft to explain some issues that came to the fore from digital data obtained as part of an anti-trust probe.

A spokesman for Microsoft declined to confirm whether Nadella is meeting with government officials and said his China visit will include attending a Microsoft Developer day and Tsinghua Management School event.

He is a member of the advisory board of the School of Economics and Management at Tsinghua University, which counts President Xi Jinping among its alumni. Nadella hosted Xi at Microsoft’s campus in Seattle in September when the Chinese president visited the United States for a week-long trip.

The Information Office of the State Council, China’s cabinet which oversees SAIC, did not immediately respond to questions.

Nadella’s visit also comes as Microsoft prepares to shut down its MSN China portal in June.

The U.S. software company has also taken a public beating in China in the past few days as users criticized its push to get them to mandatorily upgrade their Windows operating systems, the official Xinhua news agency reported.

(Reporting by Matthew Miller in BEIJING and Jeremy Wagstaff in SINGAPORE; Editing by Miyoung Kim and Muralikumar Anantharaman)