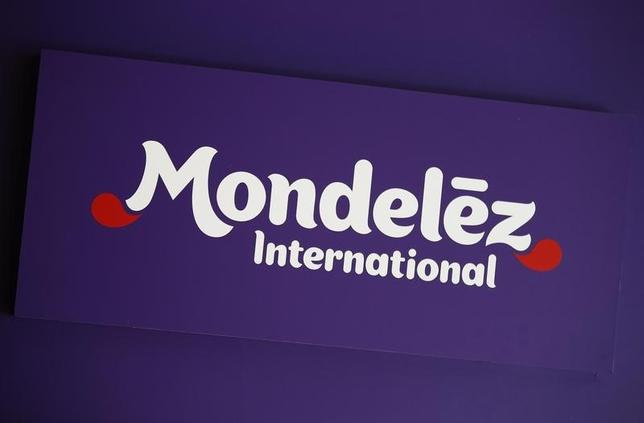 The logo of Mondelez International is pictured at the company’s building in Zurich November 14, 2012.

Oreo cookie maker Mondelez International Inc’s “Twist, Lick, Dunk” mobile application has been such a success that the snack company plans to roll out similar games in a move away from traditional advertising to create its own content.

The free game launched in November 2012 has helped Mondelez make twice as much money through in-app purchases and ads as it had invested in it, Laura Henderson, global head of content and media monetization, said in an interview ahead of the company’s announcement on Tuesday about the plans.

Players have downloaded the game, created by mobile game development studio PikPok, about 7 million times and virtually dunked over 5 billion cookies into a glass of milk, she said.

Mondelez said it was developing a Sour Patch Kids mobile app, and would change its product advertising by partnering with companies like Twenty-First Century Fox Inc and online publisher Buzzfeed to produce content including video and a live televised event.

Mondelez hopes that up to 10 percent of its global media investments will break even or make a profit by 2020, Henderson said. She declined to provide financial details.

A growing number of consumer goods makers are sidestepping conventional ad agencies to get their message directly to consumers who are increasingly skipping or blocking ads.

Massive disruption in the ad industry prompted Mondelez to switch gears as audiences have become more difficult and expensive to reach, Henderson said. “Advertising is no longer a huge part of the content consumption experience.”

“In the digital world, it is essential to have a direct to consumer relationship,” he said.