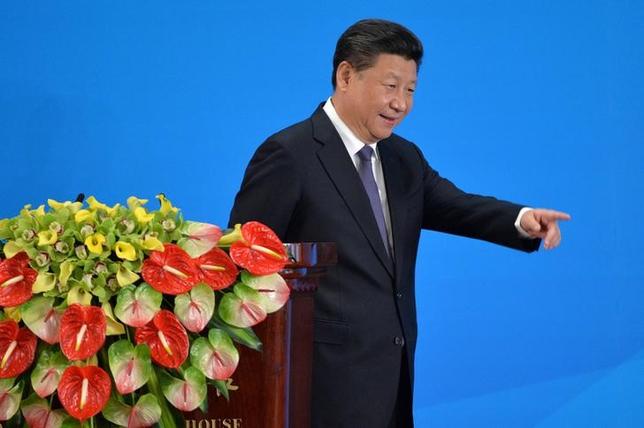 Chinese President Xi Jinping goes down the stage after a speach on the opening ceremony of CICA, at Diaoyutai State Guesthouse in Beijing on 28 April, 2016.

China’s President Xi Jinping has vowed to increase government support for technology companies, state media reported, in an attempt to raise the country’s competitiveness that could also further fuel concerns over protectionism.

Beijing has put forward so-called Internet Plus and Made in China 2025 strategies, which aim to make Chinese firms world technology leaders and call for progressive increases in domestic components in priority industries such as robotics and aerospace equipment.

Foreign business groups have voiced concerns that such policies could limit foreign firms’ opportunities in China and ultimately starve innovation.

“To be the world’s major scientific and technological power, the state will have to champion first-class institutes, research-oriented universities and innovation-oriented enterprises,” the official Xinhua news agency cited Xi as saying at a science event on Monday.

Xi said the country will “provide bigger support for tech companies”, especially small and medium-sized firms, reorganise research institutes and universities, and plan cities and regional centres to be attractive to innovation industries.

“Our biggest advantage is that we, as a socialist country, can pool resources in a major mission,” Xi said, in comments reported late on Monday.

He also vowed to give scientists more power in allocating funding and directing their research, Xinhua reported.

Xi did not specify if support would be geared toward home-grown technology firms. Chinese officials have said their policies do not unfairly take aim at foreign companies and have repeatedly promised to ramp up intellectual property rights protection to attract more foreign investment.

Nonetheless, China has long sought to establish a firm grip over the country’s sensitive technology infrastructure, particularly in the face of what it says are growing security threats such as terrorism.

Many foreign technology firms were put on the defensive as their China business suffered in the wake of information leaks by former National Security Agency (NSA) contractor Edward Snowden in 2013.

Frustration also has been mounting within the foreign business community over slow progress on China’s promised market-opening reforms.