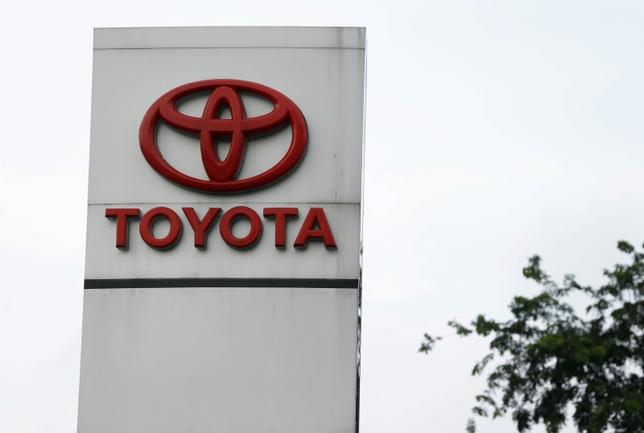 The logo of Toyota is seen at a showroom in Jakarta, Indonesia February 24, 2016. Picture taken February 24.

Toyota Motor Corp (7203.T) and Uber said on Tuesday they would partner to explore ridesharing, including an investment by the Japanese automaker in the on-demand ride company, the latest in a wave of high-profile partnerships between carmakers and ride-sharing services.

Toyota and Uber will create new leasing options in which car purchasers can lease their vehicles from Toyota Financial Services and cover their payments through earnings generated as Uber drivers, the companies said in a joint statement.

Traditional automakers are racing to find ride-sharing partners as a response to the rush of technology companies such as Apple (AAPL.O), Alphabet’s Google (GOOGL.O) and private companies such as Uber that are reshaping the global auto industry.

More recently, Apple said it would invest $1 billion in Chinese ride-hailing service Didi Chuxing, seen as a political move by the technology giant to cement its presence in the crucial Chinese market.

At the same time, Ford Motor Co (F.N) is looking at partnerships to expand beyond manufacturing and selling cars, with Chairman Bill Ford saying on Monday that “you’ll hear more from us” as the year progresses.

(Reporting by Alexandria Sage in San Francisco and Radhika Rukmangadhan in Bengaluru; Editing by Sriraj Kalluvila and Alan Crosby)