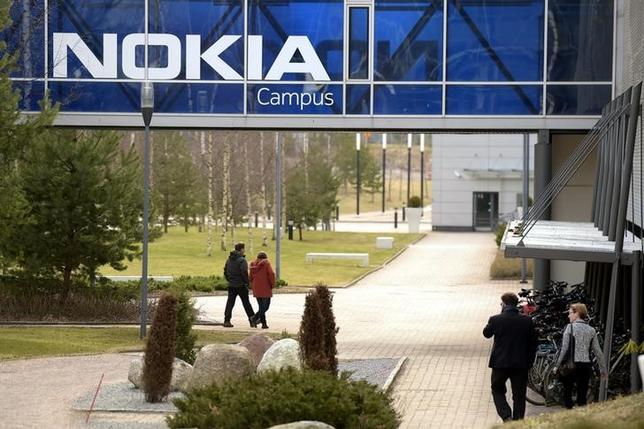 The Nokia headquarters is seen in Espoo, Finland April 6, 2016.

Once the world’s biggest maker of mobile phones, Nokia was wrong footed by the rise of smartphones and sold its entire handset business to Microsoft (MSFT.O) in 2014.

It however held on to its phone patents, and started to prepare a comeback by brand-licensing, although it has had to wait due to a non-compete deal with Microsoft.

Nokia, which currently makes most of its sales by telecom network equipment, said on Wednesday it will receive royalty payments from HMD for sales of Nokia-branded mobile products, covering both brand and intellectual property rights.

“Instead of Nokia returning to manufacturing mobile phones itself, HMD plans to produce mobile phones and tablets that can leverage and grow the value of the Nokia brand in global markets,” said Ramzi Haidamus, head of Nokia’s patent unit.

Earlier on Wednesday, Microsoft announced it would sell its entry-level phone assets to Foxconn’s subsidiary FIH Mobile and HMD for $350 million.

As part of that deal, HMD is buying from Microsoft the rights to use the Nokia brand on basic phones until 2024.

“Together, these agreements will make HMD the sole global licensee for all types of Nokia-branded mobile phones and tablets,” HMD said in a statement.

Nokia declined to give any timetable for new devices. The deal between Microsoft and HMD is expected to close in the second half of 2016.

Microsoft has struggled with the phones business and last year wrote off $7.5 billion from the former Nokia unit.

However, Microsoft on Wednesday said it will continue to develop its Lumia smartphones.