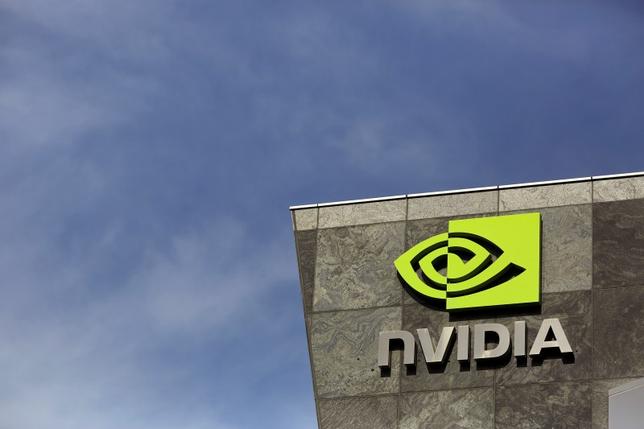 The logo of technology company Nvidia is seen at its headquarters in Santa Clara, California February 11, 2015.

Nvidia Corp forecast better-than-expected revenue for the current quarter as it sees robust demand for its chips that power complex computer graphics.

Shares of the company, which also reported profit and revenue above analysts’ estimates, were up 7.5 percent in extended trading.

The chipmaker last week unveiled its GeForce GTX 1080 and 1070 graphics processors based on its Pascal technology.

“Our new Pascal GPU architecture will give a giant boost to deep learning, gaming and VR,” Chief Executive Jen-Hsun Huang said, adding that the processors were in full production and would be available later this month.

Revenue from its gaming business, which designs graphics cards such as GeForce for PCs, rose 17 percent to $687 million.

The company has weathered a shrinking personal computer industry by focusing on game enthusiasts, who are willing to pay hundreds of dollars for processors used in playing graphically demanding games.

“Gaming is a different market. PC gamers have shown that they are resilient to macro headwinds. The company in the near term will continue to benefit from PC gaming,” Wedbush Securities analyst Betsy Van Hees said.

Revenue from its data center business, which includes its Tesla processors, rose 62.5 percent to $143 million.

Van Hees said the strong performance of the data center business was a big surprise. “It will continue to be a growth driver and be less lumpy,” she added.

The company said it expected second-quarter revenue to be $1.35 billion, plus or minus 2 percent. Analysts were expecting $1.28 billion for the quarter, according to Thomson Reuters I/B/E/S.

The company also said it intends to return about $1 billion to shareholders in fiscal 2017 through quarterly dividends and share buybacks.

(Reporting by Rishika Sadam and Kshitiz Goliya in Bengaluru; Editing by Anil D’Silva)