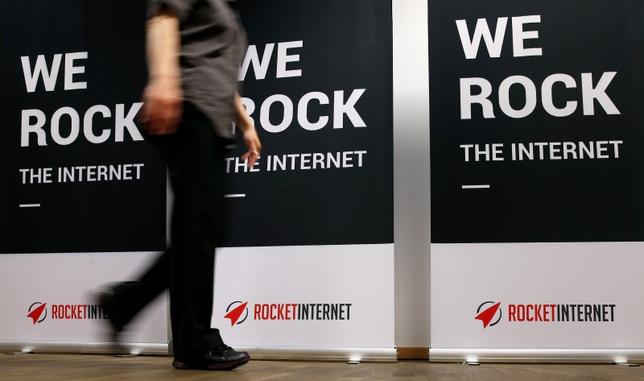 A woman walks past a banner at the shareholder meeting of Rocket Internet, a German venture capital group in Berlin, Germany, June 23, 2015.

Kinnevik will review its stake in German ecommerce investor Rocket Internet in two or three years as the companies Rocket owns have developed further, the chief of the Swedish investment company was quoted as saying on Thursday.

In an interview with Swedish daily Dagens Nyheter (DN), Kinnevik’s CEO Lorenzo Grabau said the value of Rocket Internet, whose shares have tumbled in the past few weeks on concerns over valuation of its holdings, was now “clearly depressed.”

“Within two or three years, the companies in Rocket’s portfolio will have matured. Then we will review our position,” Grabau said.

That move was not prompted by any conflict between the companies, but by the fact that the two are now competitors over good investments, Grabau was quoted as saying in the paper.

Kinnevik owns a 13 percent stake in Rocket Internet and is a co-investor with it in some companies, including online fashion retailer Zalando.