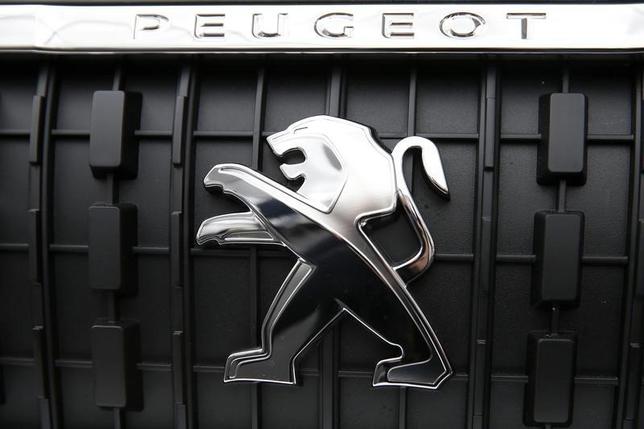 The Peugeot logo is seen on the new Peugeot Expert van during a show at Peugeot Citroen PSA Sevelnord carmaker factory in Hordain, northern France, March 30, 2016.

PSA Peugeot Citroen and Dongfeng Motor said they signed an agreement on Wednesday to create a common platform to build electric cars for the Peugeot, Citroen, DS and Dongfeng brands from 2019.

PSA added in a statement that Dongfeng Peugeot Citroen Automobile (DPCA) planned to generate revenue of more than RMB 100 billion yuan ($15.4 billion) by 2020, as well as “profitable, sustainable growth”.

Building on their two-year-old partnership, the carmakers plan to design an electric version of the common technology platform they have been developing since April 2015.

“The future e-CMP (Common Modular Platform) … will speed up the worldwide development of both of our groups, while helping us to reach the strict carbon objective set for 2020,” PSA Chief Executive Carlos Tavares said in a statement.