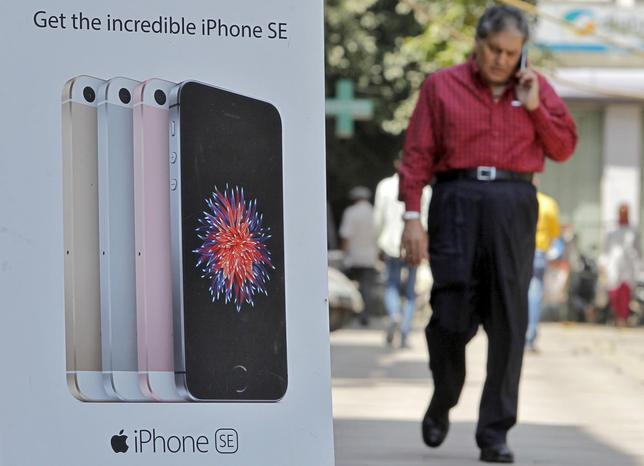 A man speaks on his mobile phone as he walks past an Apple iPhone SE advertisement billboard in a street in New Delhi, India, April 25, 2016.

India has rejected a plan by Apple Inc to import used iPhones, government officials said, a blow to the U.S. tech giant which has been seeking to revive flagging sales of its flagship smartphones.

Apple sells what it calls refurbished iPhones at a discount in some countries including the United States, and extending this practice to India would have likely helped it gain market share against competitors with much cheaper offerings.

India, which has been pushing a ‘Make in India’ initiative to enhance the competitiveness of its manufacturing industry, rejected the proposal citing rules against importing used electronics.

“India does not encourage dumping or recycling of hazardous materials,” NN Kaul, a spokesman for India’s telecom ministry said.

An Apple spokeswoman in Singapore did not immediately respond to an email seeking comment.

In India, the average smartphone sells for less than $150. By contrast, the newly launched iPhone SE sells for a suggested retail price of 39,000 rupees ($585) in India – also much higher than its U.S. price of $399 due to import duties and distribution costs.

Refurbished iPhones are usually devices that have been returned by buyers or are repaired to factory condition after damage.