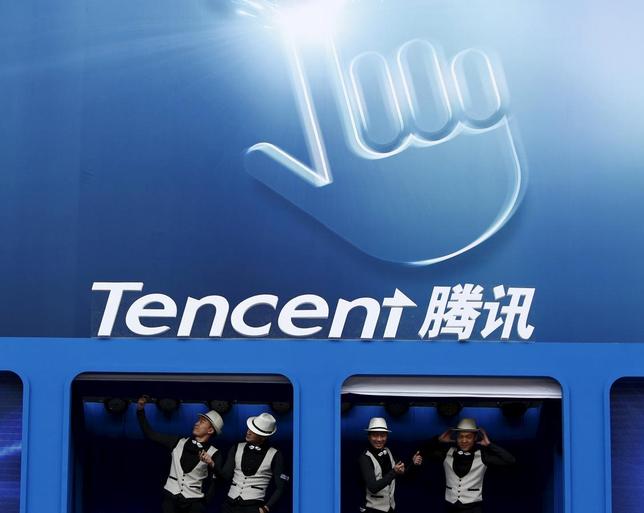 Dancers perform underneath the logo of Tencent at the Global Mobile Internet Conference in Beijing May 6, 2014.

“If you’re measuring these firms (Future Mobility, LeEco and others) as automotive companies, the risks are very high and it’s a very long shot for any to make it,” said Bill Russo, managing director at consultancy Gao Feng Advisory Co. “Even Tesla has taken 10 years to earn respect.”

Future Mobility has hired lead designer Wolfram Luchner from Alphabet Inc’s self-driving car project, a person familiar with the matter told Reuters, declining to be identified ahead of an official announcement.

The automaker aims to produce luxury cars in China for sale at home, in Europe and the United States, Kirchert said, declining to specify when production would start.

“The auto sector has three different tipping points at the same time: electric powertrain with the connected car and autonomous drive,” he said.

Future Mobility will be able to adapt more quickly to these changes than traditional automakers because it is more difficult for larger manufacturers to enact major change, he said.

Those recruits include Carsten Breitfeld who will become Future Mobility’s chief executive once released from BMW, where he was project manager for the i8 plug-in hybrid sports car.