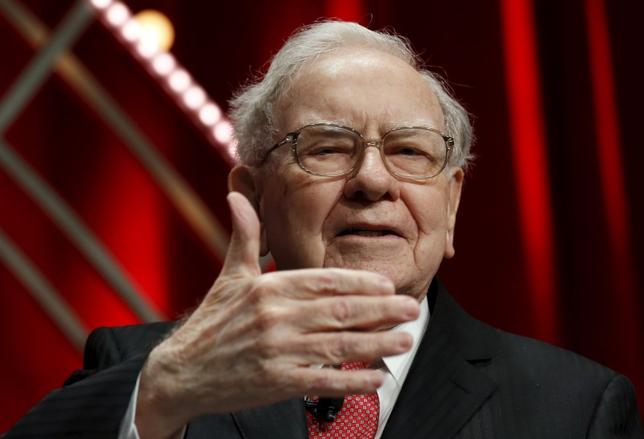 Warren Buffett, chairman and chief executive of conglomerate Berkshire Hathaway, said Monday he would be more likely to buy than to sell IBM shares over the next two years, and that he did not seek to profit from global central bank actions.

Buffett, who presided over Berkshire’s 51st annual shareholder meeting in Omaha, Nebraska over the weekend, told cable television network CNBC: “We would be much more likely to buy more in the next 12 or 24 months than we would be to sell shares, but we will make that call as time goes along.”

Buffett, whose Berkshire held an 8.59 percent stake in IBM as of the end of last year and who has caught some flak for his stake, said that his cost basis in IBM was $170 a share and that he had still never sold a share.

Buffett also said he did not seek to profit from global central bank monetary policies, but that low and negative interest rates could produce an unanticipated reaction.

“It’s a fascinating movie to watch. I don’t try to make money off the movie,” Buffett said.

“If currency in a bank is worth less than currency in your hands or in a mattress, that could produce something in the way of behavior that nobody has ever anticipated.”

Buffett, whose Berkshire is an American Express shareholder, said he agreed with American Express Chief Executive Kenneth I. Chenault’s decision to walk away from its contract with retailer Costco Wholesale Corp.

Buffett said American Express would remain “under attack” from alternative payment methods, but that he remained confident in his stake.

“Costco was a very, very, very valuable co brand to have for American Express, but that value wasn’t limitless,” he said.

Berkshire Vice Chairman Charlie Munger told CNBC, however, that he would have made the opposite decision with regard to American Express’s contract with Costco.