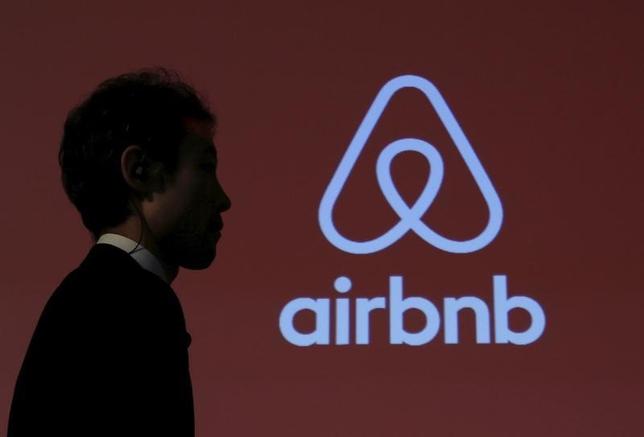 A man walks past a logo of Airbnb after a news conference in Tokyo, Japan, November 26, 2015.

Valuations of apartment-sharing startup Airbnb Inc and other promising pre-IPO companies rose in March, according to the latest monthly estimates released by Fidelity Investments.

Through mutual funds that include the $100 billion-plus Contrafund (FCNTX.O), Boston-based Fidelity has become one of the largest investors in companies before they go public. Fidelity fund holdings include richly valued technology companies such as Pinterest, Snapchat and Uber Technologies Inc [UBER.UL].

Based mainly on financial results, the monthly reports offer a rare glimpse into the performance of private tech companies, whose valuations would otherwise remain unknown until they went public. Initial public offerings in the sector have come to a near standstill, forcing startups to stay private far longer, which many can do because of their successful fundraising.

The value of Contrafund’s Series E stake in Pinterest was unchanged at $414.5 million in March. But that is still bigger than portfolio manager Will Danoff’s stake in Marriott International Inc ($352 million) or Bank of America Corp ($283 million), fund disclosures show.

As of March 31, Fidelity valued Contrafund’s stake in Airbnb at $69.2 million, up 9 percent from February, according to a holdings report released on Saturday. The estimated value of storage tech startup Nutanix in the fund rose 19 percent to $40.3 million in March. The value of big data software company Cloudera in Contrafund was estimated at $32.4 million, up 20 percent.

Fidelity’s estimated valuations tend to fluctuate, with companies marked down one month only to rise in value the next.

Once Fidelity invests, it holds regular meetings with companies to see if they can make accurate quarterly projections and handle tough questions from portfolio managers.

“That’s the way it works as a public company – sometimes you go up; sometimes you go down,” said CloudFlare Chief Executive Officer Matthew Prince. “I actually think it’s really healthy. It helps you walk before you run.”

Contrafund’s stake in the cyber security company rose slightly in March to $20.2 million, Fidelity’s report said. Prince said he spends time explaining the valuation fluctuations to his staff members, who are sometimes rattled by reports of markdowns.

Fidelity led the $110 million round CloudFlare raised in September, and Prince said he knew at the time the deal meant regular public disclosures.