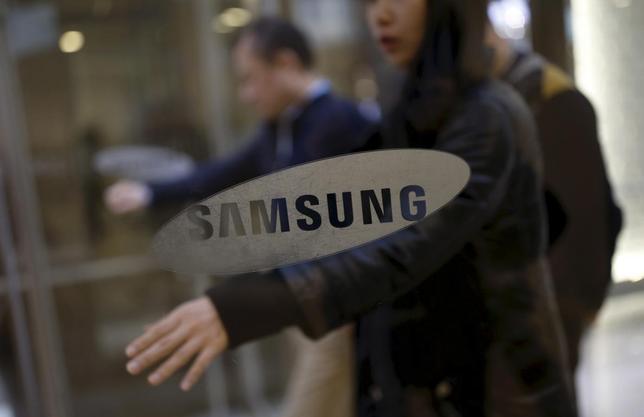 Employees walk in the main office building of Samsung Electronics in Seoul, South Korea, in this file photo taken on January 6, 2016.

Graphics chip maker Nvidia Corp announced a settlement of a patent dispute with Samsung Electronics Co Ltd on Monday, hours before a U.S. trade agency was due to rule on a complaint that could have blocked importation of some of Nvidia’s products.

The settlement puts an immediate end to the tit-for-tat battle between the companies, each of which had claimed the other used its processor technology without permission.

The U.S. International Trade Commission case will be dismissed as a result of the deal as well as all litigation between the companies in federal court and at the U.S. Patent and Trademark Office, Nvidia said in a statement.

Both companies will license a small number of patents to each other but there will be no broad cross-licensing of patents or other compensation, Nvidia said in a statement. Spokesman Hector Marinez declined further comment.

Samsung said in a statement posted to its website, “We are happy to resolve this dispute through a fair settlement.”

The trade commission, which has the power to block the import of products it finds infringe a U.S. patent, had been set to issue its final decision in its review of a ruling by a commission judge that Nvidia infringed three Samsung’s graphics-related patents.

Samsung filed its trade complaint against Nvidia in November 2014, alleging infringement by Nvidia’s chips and Shield tablet computer. The South Korean electronics company also filed suit in Virginia federal court. Nvidia won one trial in that case, while another was scheduled for this month.

Samsung’s legal actions came after Nvidia, which is based in Santa Clara, California, but manufactures chips abroad, filed complaints of its own against Samsung.

The case is In re Certain Graphics Processing Chips, in the U.S. International Trade Commission, No. 337-941.