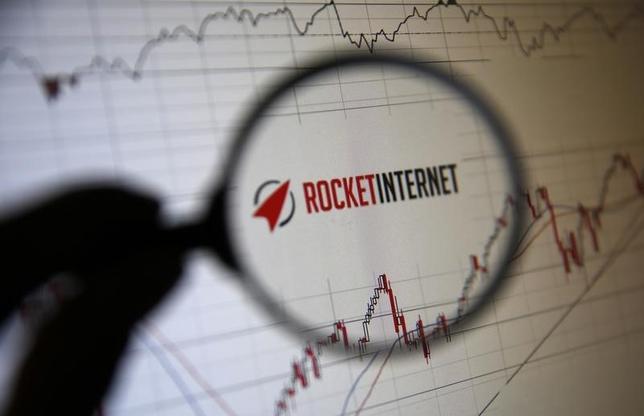 Shares in German ecommerce investor Rocket Internet took another tumble on Thursday as concerns grew over the value of its portfolio and after a downgrade by the bank that worked on the company’s 2014 stock market debut.

Rocket and co-investor Kinnevik said on Wednesday a new fundraising at online emerging markets player Global Fashion Group (GFG) valued it at 1 billion euros ($1.1 billion), a third of the figure put on the business when it last raised funds in August.

That prompted questions about Rocket’s valuation of its other companies, which it bases on fundraising with third-party investors – a measure it calls “last portfolio value” (LPV) – rather than the net asset value (NAV) used by most funds.

Rocket valued its portfolio of start-ups at 6 billion euros at March 31, including 680 million for its 22.5 percent stake in GFG. That compares with Rocket’s market capitalization of 3.8 billion euros.

Other top Rocket companies, such as online food sites HelloFresh and Delivery Hero, are also seen by analysts as too richly valued.

On Thursday, Bank of America Merrill Lynch (BoAML), which advised on Rocket’s initial public offering (IPO) in October 2014, cut the stock to “underperform”, citing downgrades in its operating companies and a soft private equity funding market.

Kinnevik has long put more conservative valuations on firms it jointly holds with Rocket. On Wednesday, it cut its NAV figure for furniture site Home24, while lifting the number for other ecommerce businesses Westwing, Linio and Lazada.

However, Kinnevik’s valuations for Home24, Westwing and Linio are still well below those given by Rocket as of March 31.

Rocket pulled the listing of ingredients delivery firm HelloFresh last year after a dispute with Kinnevik over Rocket’s bullish valuation for the company, sources have told Reuters.

Nordea analyst Elias Porse said he expected Kinnevik, which owns a 13 percent stake in Rocket in addition to stakes in its start-ups, to eventually seek to part ways with the firm as Kinnevik shifts its investments into education, financial technology (fintech) and healthcare.

“It’s difficult to understand why they want to own shares in another investment company,” he said. “They want to be a larger owner in fewer assets, and that’s not in the scope of Rocket.”

Founded in Berlin by brothers Oliver, Alexander and Marc Samwer in 2007, Rocket has set up dozens of ecommerce sites, aiming to replicate the success of Amazon and Alibaba in Africa, Southeast Asia, Latin America and Russia.

But Europe’s top Internet investor has faced increasing disquiet from investors about the scale of losses, as well as delays to planned listings due to volatile markets.

Sentiment was not helped by a report that Rocket’s fintech company Paymill had filed for what its founder described to Germany’s Gruenderszene news website a “strategic insolvency”, as it tries to win more time to find a buyer.

Rocket did not immediately make managers available to comment.

Rocket’s shares, which dropped 14 percent on the GFG valuation news on Wednesday, had fallen another 6.7 percent by 1318 GMT to 21.47 euros, while Kinnevik was off 2.3 percent.

Rocket’s shares are now half the 42.50 euro offer price in its IPO. BoAML cut its price target for the stock to 19 euros.

Last September, Rocket said its portfolio equated to 44 euros per share including net cash of 1.2 billion, compared with 32 euros at its IPO.

However, Rocket did not highlight the LPV valuation earlier this month when it reported annual results for 2015, with CEO Oliver Samwer saying he wanted to focus on operational metrics such as revenue and profit now the firms are more mature.

Samwer said then Rocket was on track to make three of its start-ups profitable by the end of 2017, and said its losses should have peaked last year when its companies burned through 1 billion euros.

Some analysts are still optimistic about Rocket’s ability to build and sell successful businesses, either through stock market listings or trade sales like the one it secured for Southeast Asian online retailer Lazada Group to Alibaba.

An analyst who worked on that report declined to comment on Thursday.