Oracle to buy Textura for $663 million 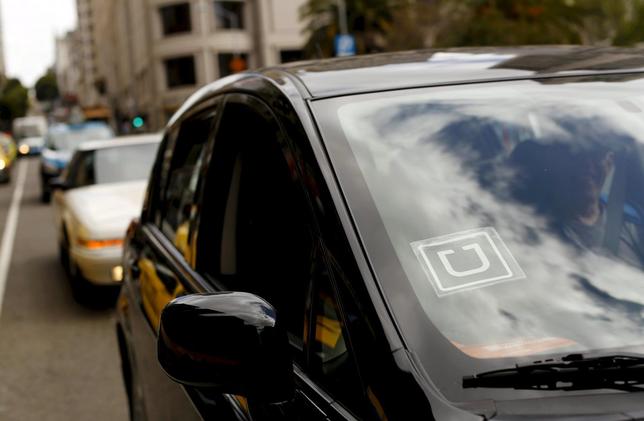 Uber’s proposed settlement of a high-profile class-action lawsuit last week has drawn opposition from some drivers and other concerned parties as the ride-hailing service seeks to avoid reclassifying drivers as employees.

The settlement, which still must be approved by a San Francisco federal judge, provides for a $100 million payout to drivers, who could get as little $12 apiece or as much as a few thousand dollars, depending on how many miles they drove.

The deal contains a number of caveats and contingencies, however, such as making $16 million of the payout to drivers dependent on Uber Technologies Inc’s [UBER.UL] future valuation increasing by 150 percent.

Moreover, the settlement’s non-monetary provisions are set to expire in two years, although Uber may choose to keep them in place after that.

“If there were going to be any teeth to this settlement, (the expiration) wouldn’t be there,” said Christian Perea, an Uber driver and writer for The Rideshare Guy, a popular blog and podcast for drivers.

The sunset clause is a way for Uber to protect itself from long-term costs and annoyances, said Jack Schaedel, a labor and employment attorney at the Dykema law firm, who is not involved in the case. If any of the concessions ends up “being totally unwieldy and Uber totally hates it, Uber can get rid of it,” he said.

A Rideshare Guy post explaining the terms of the settlement drew more than 100 comments, many of them blasting the proposed deal. Uber drivers expressed dissatisfaction for a range of reasons, including that the settlement leaves unresolved the central issue of whether the law requires that drivers be qualified as employees.

Among the non-monetary provisions of the settlement are a new policy governing driver termination, including an appeals process for drivers terminated by Uber, and an agreement that the privately-held company will clarify that drivers do not automatically receive gratuities from their fares and allow them to solicit tips.

The company also agreed to assist with the creation of a drivers’ association.

Lawyers representing Uber drivers in another class-action case have said in court filings they may object to the settlement because drivers covered by it would no longer be able to participate in their case, which challenges Uber’s alleged use of credit reports during driver background checks.

The lawyers also object to Uber’s request to omit details from the settlement that would allow drivers to better evaluate the deal.

The company has asked U.S. District Judge Edward Chen to redact key figures in court filings, including an estimate of the total potential value of drivers’ legal claims had they won in a jury trial.

The redacted information “is critically important to any analysis of whether the proposed settlement is fundamentally fair, adequate, and reasonable,” the lawyers wrote in a court filing.

Uber has said the figures are trade secrets and would damage the company if made public. In an order on Wednesday, Chen told both sides to further explain their positions, given the importance of the information.

In a similar lawsuit against Lyft, Uber’s chief competitor, U.S. District Judge Vince Chhabria denied that company’s request to keep secret similar information. Chhabria ultimately rejected the proposed $12.25 million settlement offer because it represented only about 9 percent of the potential value of drivers’ claims, a deal that he said “short-changed” drivers.

While he will gladly cash a settlement check if one comes his way, driver Perea said the deal with Uber provides little solace.

“We were hoping for a more definitive answer on what the on-demand economy would look like in the future, and a sense that this whole new economy that was taking off would work,” he said.

A hearing on the deal is scheduled for June.