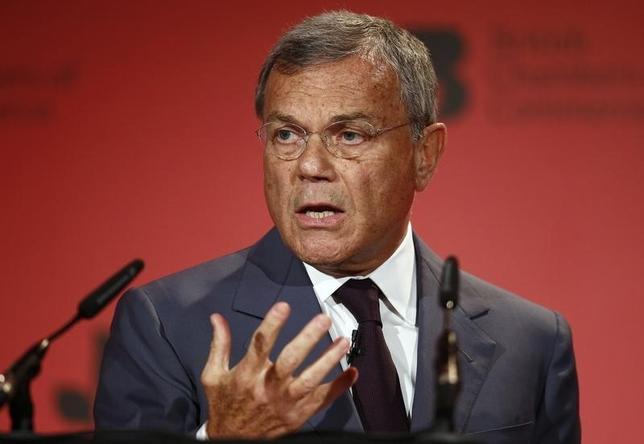 Britain’s WPP, the world’s biggest advertising company, enjoyed a solid first three months to the year after it outperformed rivals in securing a wave of contracts up for grabs in the United States.

An unprecedented number of U.S. blue-chip companies have put their contracts up for review in the past year, re-thinking which agencies they want for marketing advice and trying to drive down the prices they pay.

Nicknamed “reviewageddon”, analysts estimate that more than $25 billion in spending on advertising was put up for review in 2015, a record for the industry which grew up from the 1920s on the New York street of Madison Avenue.

In the first quarter of 2016, WPP’s agencies either won or retained contracts from fast food chain Wendy’s, e-commerce company Jet.com and retailer Target in North America.

Data from research company Recma and cited by WPP in presenting its results on Thursday showed the firm had either won or retained the most contracts put out for review by blue chip firms which are generally in a cautious mood at the moment.

While U.S. rivals Omnicom and Interpublic also gained new work, the Paris-based Publicis appeared to suffer the most according to the data.

“We’ve been the best performing agency,” WPP’s high-profile chief executive Martin Sorrell told Reuters. “This tsunami has happened over the last year, it’s starting to ease but it’s still there.”

The performance of WPP, which has grown from a two-person operation in the London area of Lincoln’s Inn Fields, has helped Sorrell to earn a 70 million pound ($102 million) package, making him the best paid boss on the FTSE 100 Index.

According to the Recma graph, WPP won or retained nearly $7 billion of work during the wave of reviews, while Publicis lost more than $3 billion. The rest of the spoils were shared between Omnicom, Interpublic and Dentsu.

The strong performance helped WPP to report first-quarter like-for-like net sales growth of 3.2 percent, in line with forecasts and putting it on track for its full-year target.

Its shares slipped 1 percent, in line with a drop of the wider FTSE 100.

The update from WPP echoed similar performances from its rivals which have reported solid trading helped by buoyant demand in North America, where events such as the U.S. presidential election plus business connected to the Olympic games in Brazil have boosted demand. [nL5N17M0QW] [nL3N17P3JF]

Despite the review setback for Publicis, Brian Wieser, an analyst at Pivotal Research Group, said its numbers had been boosted by revenue from those clients which have already announced plans to change agencies, but have not yet completed the transition. Its digital business also improved.

Analysts said the growth at WPP had been driven by North America, which makes up 39 percent of revenue, and digital.

“We continue to believe that WPP remains best-positioned strategically vs. peers and their long-term growth should slightly outperform given the company’s business and country mix,” said Wieser.

WPP’s performance should help Sorrell when he appears before a potentially fractious annual general meeting in June where investors will vote on his pay package.

Sorrell, who has run WPP for more than 30 years, said his remuneration was linked to the firm’s performance. He also rejected suggestions from a BBC Radio interviewer that he should be embarrassed by the scale of his pay.

“I’m not embarrassed about the growth of the company from two people in one room in Lincoln’s Inn Fields in 1985 to 190,000 people in 112 countries and a leadership position in our industry.

“They (the shareholders) will vote as they see fit.”