As iPhone sales slump, Apple bets on services from apps to music 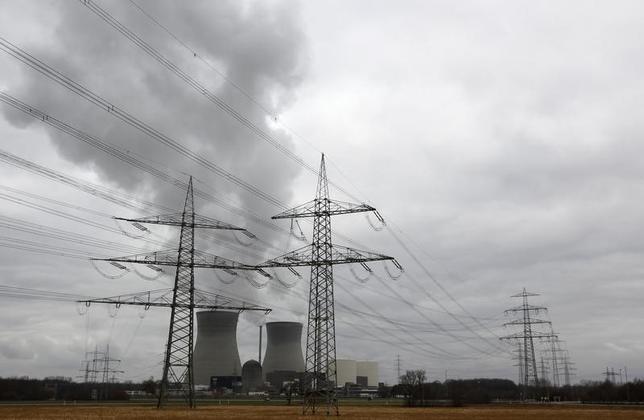 The nuclear power plant of Gundremmingen is pictured on March 11, 2012.

A nuclear power plant in Germany has been found to be infected with computer viruses, but they appear not to have posed a threat to the facility’s operations because it is isolated from the Internet, the station’s operator said on Tuesday.

The Gundremmingen plant, located about 120 km (75 miles) northwest of Munich, is run by the German utility RWE.

The viruses, which include “W32.Ramnit” and “Conficker”, were discovered at Gundremmingen’s B unit in a computer system retrofitted in 2008 with data visualization software associated with equipment for moving nuclear fuel rods, RWE said.

W32.Ramnit is designed to steal files from infected computers and targets Microsoft Windows software, according to the security firm Symantec. First discovered in 2010, it is distributed through data sticks, among other methods, and is intended to give an attacker remote control over a system when it is connected to the Internet.

Conficker has infected millions of Windows computers worldwide since it first came to light in 2008. It is able to spread through networks and by copying itself onto removable data drives, Symantec said.

RWE has informed Germany’s Federal Office for Information Security (BSI), which is working with IT specialists at the group to look into the incident.

Mikko Hypponen, chief research officer for Finland-based F-Secure, said that infections of critical infrastructure were surprisingly common, but that they were generally not dangerous unless the plant had been targeted specifically.

The most common viruses spread without much awareness of where they are, he said.

As an example, Hypponen said he had recently spoken to a European aircraft maker that said it cleans the cockpits of its planes every week of malware designed for Android phones. The malware spread to the planes only because factory employees were charging their phones with the USB port in the cockpit.

Because the plane runs a different operating system, nothing would befall it. But it would pass the virus on to other devices that plugged into the charger.

In 2013, a computer virus attacked a turbine control system at a U.S. power company after a technician inserted an infected USB computer drive into the network, keeping a plant off line for three weeks. (reut.rs/241M2kH)

After Japan’s Fukushima nuclear disaster five years ago, concern in Germany over the safety of nuclear power triggered a decision by the government to speed up the shutdown of nuclear plants. Tuesday was the 30th anniversary of the Chernobyl nuclear disaster.

(Additional reporting by Joseph Menn in San Francisco and Joseph Nasr in Berlin; Editing by Kevin Liffey and Himani Sarkar)