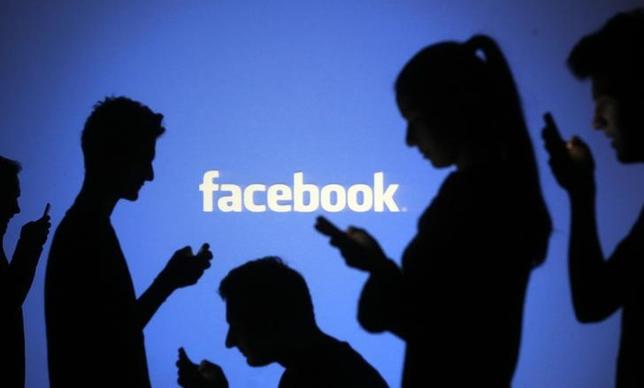 People are silhouetted as they pose with mobile devices in front of a screen projected with a Facebook logo, in this picture illustration taken in Zenica October 29, 2014.

The company’s shares rose 5.8 percent to $115.22 in after-hours trading on Wednesday.

Mobile ad revenue accounted for about 82 percent of total ad revenue in the first quarter ended March 31, compared with about 73 percent a year earlier.

Facebook said it had 1.65 billion monthly active users as of March 31, up from 1.44 billion a year earlier.

Analysts on average had expected a profit of 62 cents per share and revenue of $5.26 billion.

The company also said it planned to create a new class of non-voting capital stock, known as the Class C capital stock.

Facebook said the proposal was designed in part to encourage Chief Executive Mark Zuckerberg to remain in an “active leadership role” at the company.

If the proposal is approved, the company intends to issue two shares of Class C capital stock as a one-time stock dividend in respect of each outstanding share of its Class A and Class B common stock.

Facebook has been rolling out new features to ramp up mobile advertising, several of which encourage advertisers to experiment further with video and migrate to the platform from television advertising.