All About Fraud: How Crooks Get the CVV 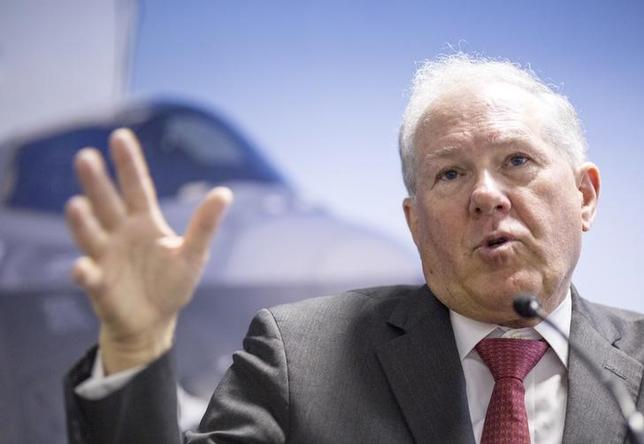 The Pentagon has found the root cause of stability issues with the radar software being tested for the F-35 stealth fighter jet made by Lockheed Martin Corp, U.S. Defense Acquisition Chief Frank Kendal told a congressional hearing on Tuesday.

Last month the Pentagon said the software instability issue meant the sensors had to be restarted once every four hours of flying.

Kendall and Air Force Lieutenant General Christopher Bogdan, the program executive officer for the F-35, told a Senate Armed Service Committee hearing in written testimony that the cause of the problem was the timing of “software messages from the sensors to the main F-35” computer. They added that stability issues had improved to where the sensors only needed to be restarted after more than 10 hours.

“We are cautiously optimistic that these fixes will resolve the current stability problems, but are waiting to see how the software performs in an operational test environment,” the officials said in a written statement.

The statement added that a team of experts from the Navy and Air Force has been created to “develop recommendations to ensure the F-35 software is robust and resilient into the future.”

The F-35 program had hoped to declare the Air Force version of the high-tech fighter ready for combat by Aug. 1, but Bogdan said difficulties with the plane’s Autonomic Logistics Information System meant “initial operational capability” would likely be delayed by about 60 days.

The system is the plane’s main information infrastructure, integrating its operations, maintenance, prognostics, supply chain, training and other data.

Despite that likely delay, Bogdan said the Air Force F-35 would still reach its initial operating capability by the threshold date of Dec. 1.

Lockheed is developing three models of the jet, also known as the Joint Strike Fighter, or Lightning II.

The Marine Corps version of the plane declared its initial operating capability last summer, and the Navy is due to declare its IOC in 2018.

Congress has limited funding to buy the Air Force version of the F-35 until Air Force Secretary Deborah James can certify that the planes being delivered by 2018 will have full combat capability.

Bogdan told lawmakers that he was preparing to recommend to the secretary that she make that certification to Congress.

“I needed a few pieces of information before I could feel confident asking her to certify, and one of those pieces was the software stability issues … were behind us,” Bogdan said. “I believe they are now.”