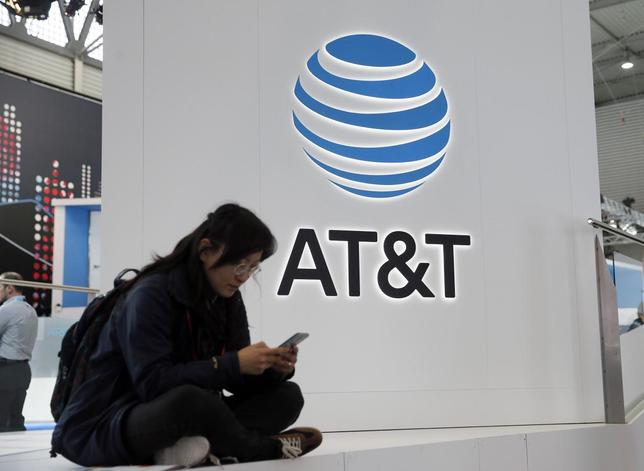 A woman looks at her mobile next to AT&T logo during the Mobile World Congress in Barcelona, Spain February 25, 2016.

On a per share basis, net income fell to 61 cents from 63 cents.

(Reporting by Kshitiz Goliya in Bengaluru; Editing by Sriraj Kalluvila)