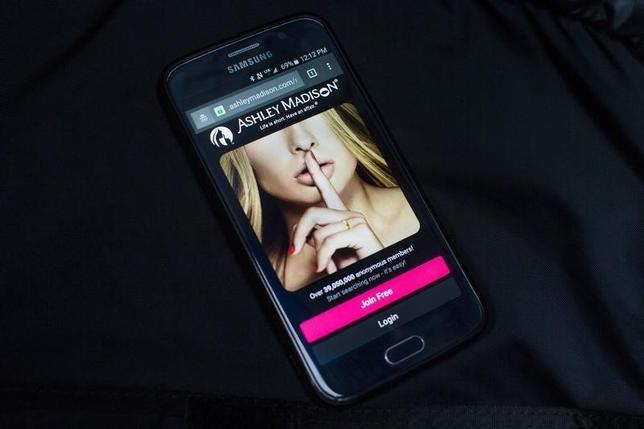 A photo illustration shows the Ashley Madison website displayed on a smartphone in Toronto, August 20, 2015.

Plaintiffs leading a lawsuit against online dating website Ashley Madison over a security breach that exposed the personal data of customers must publicly identify themselves to proceed with the case, a U.S. judge has ruled.

Forty-two plaintiffs, seeking to represent users of the website who had their information compromised, had proceeded anonymously against Ashley Madison’s Toronto-based parent company Avid Life Media, the ruling released on April 6 showed.

The plaintiffs are suing Ashley Madison, a website that facilitates extramarital affairs, for failing to adequately secure their information, marketing a “Full Delete Removal” service that did not work, and using fake female accounts to lure male customers, according to the ruling.

Reuters has not independently verified the authenticity of the data, emails or documents.

Judge John A. Ross, of a district court in Missouri, wrote in his ruling that being publicly named as an Ashley Madison user amounts to more than common embarrassment, but noted the 42 plaintiffs have special roles in the case that require identification.

The plaintiffs are “class representatives” and may need to testify or offer evidence, unlike “class members,” those in the lawsuit who do not need participate as actively, Ross wrote.

He ruled that the plaintiffs must either identify themselves or proceed as class members, who can remain anonymous.

The “class” for the collective lawsuit has not yet been certified, the ruling noted. There are at least 10 plaintiffs who are publicly named.

Avid Media did not immediately respond to a request for comment.

(Reporting by Ethan Lou in Toronto; Editing by Bernadette Baum)