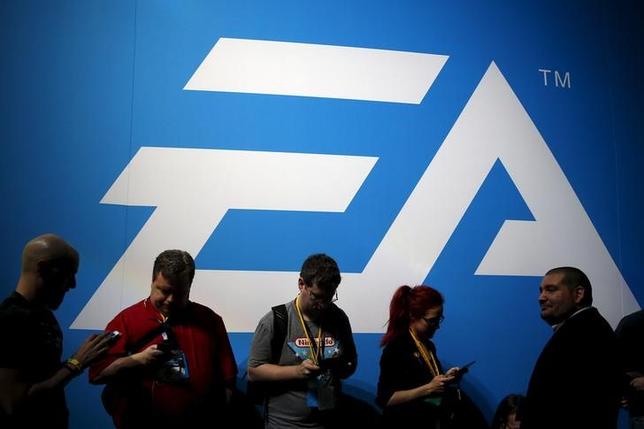 Fresh off a two-year stock rally and a win with its “Star Wars: Battlefront” title, Electronic Arts Inc is attracting sizeable buy-in from institutional investors who expect the company to keep doing well with shooter videogames.

Even as that rally started to fizzle in the fourth quarter of 2015, roughly 154 pension funds, hedge funds and mutual funds became new shareholders of the company – a net of 87 new institutional purchasers after sellers walked away, according to research firm Morningstar.

Buoyed in part by a pipeline of refreshes to already-popular games including “Battlefield” and “Titanfall,” analysts, too, are optimistic about the stock, with 18 of 20 tracked by Thomson Reuters recommending investors buy shares, with the remaining two neutral.

“EA has a really good slate coming up,” said Mike Hickey, an analyst with Benchmark Company. “Over the next year it looks like it’s positioned to do fairly well.”

After launching in late November, sales of the “Star Wars: Battlefront” game in just over a month exceeded the target of 13 million copies that EA had established for March. But that commercial success may raise the bar for sales of upcoming games and future potential stock increases.

“How are they going to outdo what they’ve done in the past year to get the kind of stock movement they had?” said Ascendiant Capital’s Edward Woo, one of the two analysts with neutral ratings on EA.

EA’s stock price tripled through 2014 and 2015 after Andrew Wilson, an Australian trained in Brazilian jiu-jitsu, took over late in 2013 as CEO and reinvigorated growth, in part by addressing the company’s ailing reputation among gamers.

In previous years, a string of disappointing titles, including “Medal of Honor: Warfighter,” had led to criticism from customers who also complained that they were being gouged for additional game content that was uninspired and filled with bugs. That hurt a company already wrestling with a consumer shift toward gaming on smartphones and tablets.

Under Wilson, EA has asked customers for feedback on games before they are released, including large-scale tests to make sure online multiplayer games can bear the stress of heavy traffic.

“It’s a shift to focus on the relationships we have with each individual player, and how, in ways that matter to them, we can bring them closer to the games they love to play,” said spokesman John Reseburg.

Like other videogame companies, EA has expanded its smartphone and tablet offerings, including its “Madden NFL Mobile” and “The Sims FreePlay” games, and tied many of them into versions of the same games played on consoles.

Still, the most recent institutional bets on EA may be coming late. After peaking in October, EA’s stock has fallen 16 percent. Since Jan. 1, the stock has fallen 7 percent. Those declines have occurred in part because the company’s outlook for the March quarter missed Wall Street’s expectations.

Short interest in Electronic Arts edged up to 7.5 percent of outstanding shares as of mid-March from 6.7 percent at the end of last year, according to Nasdaq data.

On April 8, there was some unusually large shorting activity for EA, with what appeared to be one or two traders borrowing around $40 million worth of shares to short them, said Ihor Dusaniwsky, head of research at S3 Partners, a financial analytics firm.

Short sellers bet that the price of a stock will fall. They borrow shares and then sell them, hoping to buy them back at a lower price for a profit and then return them to their owner.

Three of EA’s largest shareholders – Columbia Threadneedle Investments, Lone Pine Capital and American Century Investment Management – pruned their stakes in the company by more than 1 million shares each, according to filings from the end of 2015, although each still has over 6 million shares.

EA’s stock trades near 18 times expected earnings, in line with its average over the past five years and in line with rivals Activision Blizzard Inc and Take-Two Interactive Software Inc.

Wall Street expects EA to report a 1 percent revenue decline from a year ago in its fourth fiscal quarter, which ended in March, and grow 5 percent in the following fiscal year, according to Thomson Reuters data. The company is expected to post fourth-quarter results on May 10.