Blackstone to buy majority of India’s Mphasis in up to $1.1 billion deal 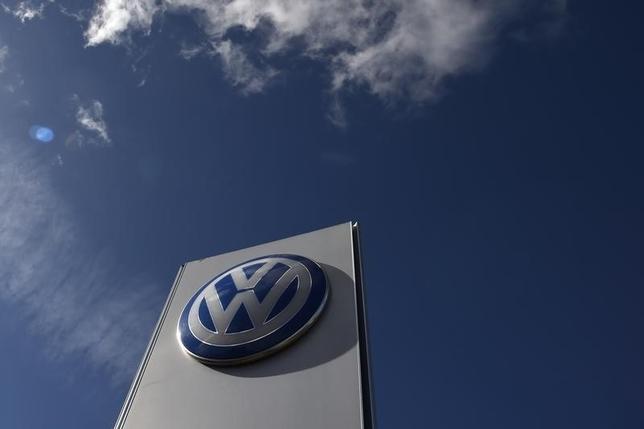 Signage at a Volkswagen dealership is seen in London, Britain, March 30, 2016.

Volkswagen’s (VOWG_p.DE) truck division will spend about half a billion euros (398,634,681 million pounds) by the end of the decade to enhance digital features of heavy-goods vehicles as truckmakers increase their focus on automation in road haulage, it said on Monday.

German rival Daimler has been at the forefront of self-driving truck proponents, citing improvements in driver safety and fuel efficiency while predicting the technology to overcome legal hurdles in road freight transport.

Volkswagen (VW), which started to beef up its truck operations before its emissions scandal broke last September, is pushing digitalization and new mobility technologies as part of efforts to reposition itself and overcome the scandal.

VW’s Truck & Bus group said it would spend a “mid-range three-digit million-euro amount” over the next five years on digital features as it aims to improve communication of on-board sensors with automatic braking and other systems.

MAN, part of VW’s trucks division with Swedish subsidiary Scania, is using an event in Munich on Monday to demonstrate the feasibility of truck “platooning”, in which a human-driven truck is followed in convoy by other semi-automated trucks.

MAN has said platooning could help reduce diesel consumption and carbon dioxide emissions in road freight transport by as much as 10 percent.

“The future truck is fully connected, that provides a gain in safety and efficiency,” VW trucks chief Andreas Renschler said.

However, investment in infrastructure need to keep pace for some of the new technology to work.

“In future it will no longer be enough to build roads and repair bridges,” said Renschler. “What we need as quickly as possible is mobile high-speed internet alongside the road.”