FCC not to investigate Netflix throttling of some mobile consumers 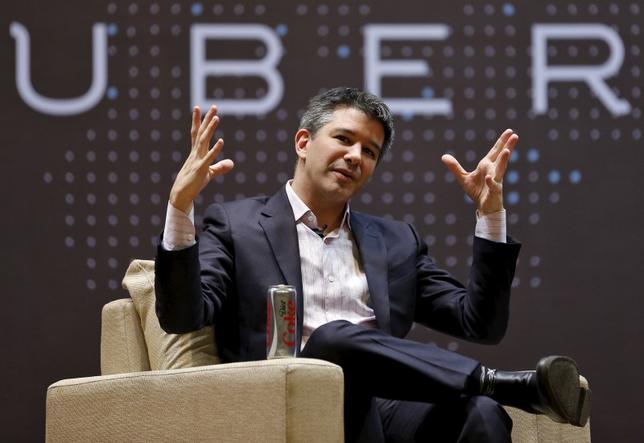 Uber CEO Travis Kalanick speaks to students during an interaction at the Indian Institute of Technology (IIT) campus in Mumbai, India, in this January 19, 2016 file photo.

Travis Kalanick, chief executive officer of Uber Technologies Inc, failed on Thursday to win the dismissal of an antitrust lawsuit accusing him of scheming to drive up prices for passengers who use the popular ride-sharing service.

U.S. District Judge Jed Rakoff in Manhattan said Kalanick must face claims he conspired with drivers to ensure they charge prices set by an algorithm in the Uber smartphone app to hail rides, including “surge pricing” during periods of peak demand.

Passengers led by Spencer Meyer of Connecticut claimed that drivers conspired with Kalanick to charge fares set by the algorithm, with an understanding that other Uber drivers would do the same, even if they might fare better acting on their own.

Rakoff said the plaintiffs “plausibly alleged a conspiracy” to fix prices in this manner, and could also pursue claims that Kalanick’s actions drove out rivals such as Sidecar, enabling Uber to command 80 percent of mobile-app generated ride shares.

“The advancement of technological means for the orchestration of large-scale price-fixing conspiracies need not leave antitrust law behind,” the judge wrote.

Meyer’s lawsuit seeks class-action status on behalf of Uber passengers nationwide who have used the app and a subclass of passengers subjected to surge pricing.

Uber takes a share of the revenue that drivers generate.

“We disagree with this ruling,” Uber said in response to a request for comment on behalf of Kalanick and the San Francisco-based company. “These claims are unwarranted and have no basis in fact.”

Andrew Schmidt, a lawyer for Meyer, welcomed the decision.

“In creating Uber, Kalanick organized price-fixing among independent drivers who should be competing with one another on price,” he said. “Today’s decision confirms that apps are not exempt from the antitrust laws.”

Uber was not named as a defendant, despite being valued at well over $50 billion in recent funding rounds.

Rakoff said in a footnote that Uber passengers are subject to “user agreements” requiring them to resolve various disputes through arbitration.

He said that while claims in the lawsuit against Kalanick were “intimately founded in and intertwined with” the user agreements, Kalanick had not sought to compel arbitration, and passengers were not barred from suing him in federal court.