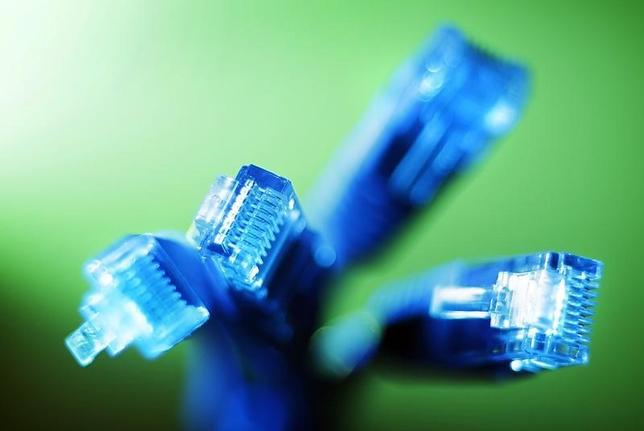 Internet LAN cables are pictured in this photo illustration taken in Sydney June 23, 2011.

The U.S. Federal Communications Commission on Thursday advanced a proposal to ensure the privacy of broadband Internet users by barring providers from collecting user data without consent.

“It’s the consumers’ information and the consumer should have the right to determine how it’s used,” Wheeler said.

Broadband providers currently collect consumer data without consent and some use that data for targeted advertising, which has drawn criticism from privacy advocates.

Wheeler’s proposal does not prohibit Internet providers from using or sharing customer data for any purpose. The FCC would not extend the broadband provider privacy rules to sites such as Twitter, Google or Facebook, drawing the ire of providers.

Republican Commissioner Ajit Pai said Thursday there is no good reason to single out broadband providers for regulations, while not regulating websites. The plan “favors one set of corporate interests over another,” he said.

The FCC has authority to set privacy rules after it reclassified broadband providers last year as part of new net neutrality regulations. A federal appeals court has not ruled on a challenge to that decision.

A final vote on new regulations will follow a public comment period during which the FCC is asking for possible “additional or alternative paths to achieve pro-consumer, pro-privacy goals.”

Under the rules providers would need to tell consumers what information is being collected, how it is being used and when it will be shared.

They would also be required protect data under a data security standard. Consumers would need to be notified of breaches of their data no later than 10 days after it was discovered.

Advocacy group Free Press praised the FCC for moving ahead and said the commission must consider other issues in setting rules including “pay-for-privacy, deep-packet inspection, upselling services, competition and data security.”

The National Cable and Telecommunications Association urged the FCC to adopt a “technology neutral approach by treating companies with access to similar user information the same.”