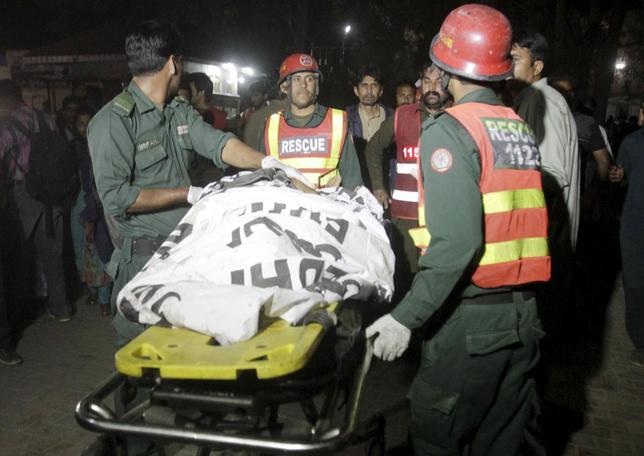 Rescue workers move a body from the site of a blast outside a public park in Lahore, Pakistan, March 27, 2016.

Facebook Inc apologized to users on the other side of the world from Sunday’s suicide bombing in Pakistan who received computer-addressed notices asking if they were safe.

Facebook users as far away as New York and Virginia showed notifications they received on social media site Twitter.

“Unfortunately, many people not affected by the crisis received a notification asking if they were okay,” Facebook said in a post on its site. “This kind of bug is counter to the product’s intent… We apologize to anyone who mistakenly received the notification.”

Some of the notices went out as text messages to mobile phones and asked, “Are you affected by the explosion?” without giving any indication of where, or how close, the recipients were to danger.

More common notices displayed on computer screens and mobile devices said the explosion was in Lahore. The blast by a suicide bomber at a park killed at least 65 people, mostly women and children.

The flawed notices were the latest stumble in Facebook’s evolving “Safety Check” practice of prompting users to quickly let their friends know they are okay after being in the vicinity of a tragedy.

In November, hours after blasts in Nigeria, Facebook activated Safety Check after criticism that it was being selective about deploying it. A few days before those blasts, Facebook had used it after gun and bomb attacks in Paris but not after suicide bombings in Beirut.

Facebook previously had used the feature after natural disasters, but not bombings or attacks.