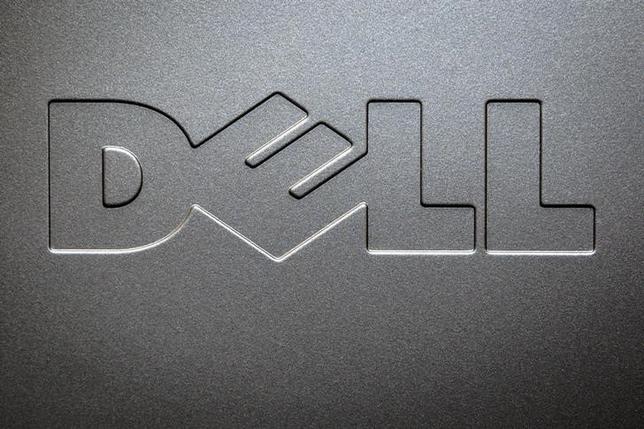 A Dell logo is pictured on the side of a computer in this photo illustration in the Manhattan borough of New York October 12, 2015.

Dell Inc is set to announce an agreement on Monday to sell its non-core information technology consulting division to Japan’s NTT Data Corp for $3.5 billion, people familiar with the matter said on Sunday.

The move will allow U.S. computer maker Dell to trim some of the $43 billion in debt it is taking on to fund its pending cash-and-stock acquisition of data storage provider EMC Corp, a deal worth close to $60 billion.

The sale will also offer NTT Data, one of the world’s largest technology services companies, a bigger foothold in the United States, where it is looking to expand in healthcare IT, insurance and financial services consulting.

Announcement of any agreement is subject to NTT Data’s board approving the deal when it meets in Tokyo, the people said, asking not to be identified because the transaction is not yet official.

Dell has also made progress in syndicating $10 billion of its financing package for the EMC acquisition dubbed ‘term loan A’, the people said. This is expected to be increased in size by $500 million to $750 million due to strong demand, with the extra money to be used to downsize some of the more expensive tranches of the remaining $33 billion in financing, the people added.

The group of banks participating in the term loan A has been expanded from the original eight underwriters to 25, with more expected to join before the syndication is completed in the next week, the people said.

Dell declined to comment, while NTT Data did not immediately respond to a request for comment. Reuters had reported first on Feb. 12 that NTT Data was in exclusive talks to buy Dell’s IT services unit.

Formerly known as Perot Systems, Dell’s IT services division is a major provider of technology consulting to hospitals and government departments. Founded in 1988 by former U.S. presidential candidate Ross Perot, it was acquired by Dell in 2009 for $3.9 billion.

However, Dell has since divested some of the unit’s operations and integrated some others, which it is not including in the sale. Some of the unit’s capabilities were seen by Dell as redundant in the wake of the acquisition of EMC.

Dell has also been speaking to private equity firms about selling Quest Software, which helps with information technology management, as well as SonicWall, an e-mail encryption and data security provider, Reuters has previously reported. Together, Quest and SonicWall could be worth up to $4 billion.

Dell’s acquisition of EMC, which is backed by founder and Chief Excutive Michael Dell as well as private equity firm Silver Lake Partners, is subject to approval by EMC shareholders. EMC is expected to hold a shareholder vote on the Dell deal in May, allowing for the transaction to be completed sometime between July and October.