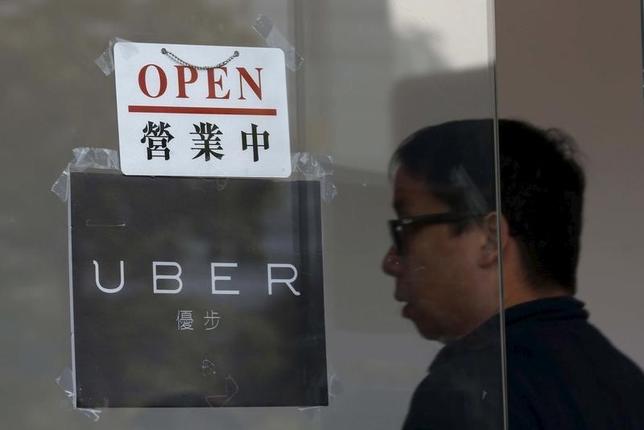 An open sign is seen at the office of taxi-hailing service Uber Inc during a driver recruitment event in Hong Kong, China December 29, 2015.

Ride hailing app company Uber Technologies Inc [UBER.UL] is generating more than $1 billion in profit a year in its top 30 cities globally, and partly using that money to bankroll its expansion in China, Chief Executive Travis Kalanick said in an interview.

The company said in February it was losing more than $1 billion a year in China’s red-hot ride hailing market, where it is battling large local incumbents to win customers.

Kalanick said China was the company’s most intense market, but also a crucible for new ideas that it has exported to other markets, and that its investment here was sustainable.

“If you took our top 30 cities today, today they’re generating over $1 billion in profit a year, just our top 30 cities. And that profit multiplies every year because we’re growing,” he said on the sidelines of the Boao Forum in the Chinese island province of Hainan. Other cities among the 400 where Uber operates were also profitable, he added.

“So that helps us to sustainably invest in our Chinese efforts… Because of the profits we have globally, this is something we can do for the long run,” he said late on Thursday.

The strategy seems to be working for Uber. The company’s market share in China has grown quickly, rising from about 1 percent to 2 percent in January 2015 to about 30 percent now, Kalanick said.

China’s transport minister said earlier this month fare subsidies and the supplementing of driver wages by ride-hailing companies were competitively unfair and unsustainable in the long-term.

The San Francisco-based company founded in 2009 was starting to test new products in China first and one example he noted was UberCOMMUTE, a carpooling app that was first launched in Chengdu last September and later expanded elsewhere.

“The key for (us in) China is to move fast,” Kalanick said.

“If we launch in the U.S. and then it gets copied in China, we’ll be behind. So we’re starting to orient some of our innovation at China first,” he added, highlighting the cutthroat competition.

The company’s Chinese business boosted its valuation in January to more than $8 billion after raising more than $1 billion in its latest funding round.

Kalanick said so far Uber had not faced major regulatory challenges in China, possibly because the government has been trying to drive innovation and Uber fits the narrative.

Kalanick declined to say when he thought Uber would turn a profit in the world’s most populous country, but he seemed to be enjoying the ride regardless.

“I was in China 70 days last year and 100 times a day someone would say ‘Travis, no Internet technology company has ever succeeded. I don’t know if you should be here’,” he said.

“As an entrepreneur, that’s the best thing you can hear … you’re always turning it into the positive, and trying to make the impossible possible is what we do. Adventure with a purpose is what we do.”