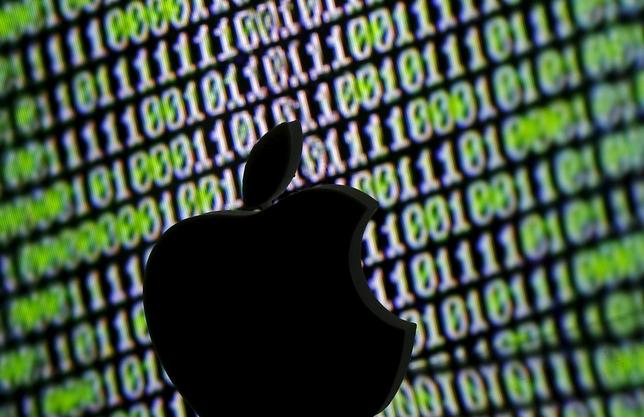 A 3D printed Apple logo is seen in front of a displayed cyber code in this illustration taken March 22, 2016.

Apple Inc said the U.S. Justice Department’s new attempts to unlock an iPhone used by one of the San Bernardino shooters without the tech giant’s help could eliminate the government’s need for its assistance in a similar dispute in New York.

The company’s position was laid out in a letter filed on Thursday in federal court in Brooklyn, New York, seeking to delay briefing in the Justice Department’s appeal of a ruling that protects Apple (AAPL.O) from unlocking an iPhone in a drug case.

The letter came after U.S. prosecutors on Monday disclosed that “an outside party” had presented a possible way to open the phone in the San Bernardino investigation, which they said could eliminate the need for an order requiring Apple’s help.

In its letter, Apple said if the method being evaluated in the San Bernardino case can also be used in the Brooklyn drug case, “it would eliminate the need for Apple’s assistance.”

Apple said that could affect the Justice Department’s appeal of a Feb. 29 ruling by U.S. Magistrate Judge James Orenstein that he did not have authority to order Apple to disable the security of an iPhone seized during the drug investigation.

“On the other hand, if the DOJ claims that the method will not work on the iPhone here, Apple will seek to test that claim, as well as any claims by the government that other methods cannot be used,” Apple said in the letter.

Apple as a result asked U.S. District Judge Margo Brodie, who is presiding over the appeal, to delay the briefing schedule in the case by at least 10 days after the Justice Department files a status report on April 5 in the San Bernardino case.

The phone in the Brooklyn case belonged to Jun Feng, who has since pleaded guilty to participation in a methamphetamine distribution conspiracy. The Justice Department sought to unlock Feng’s phone to find other conspirators.

Unlike the phone used by Rizwan Farook in San Bernardino, Feng’s phone had an older operating system, iOS 7, which is not protected under the same encryption technology.