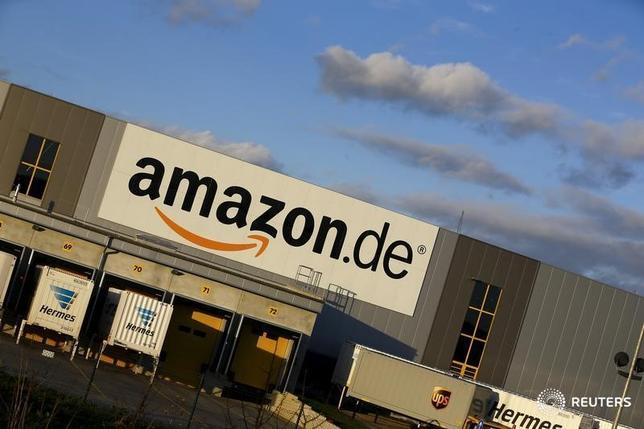 The logo of the German department of Amazon is pictured outside the Amazon logistics center in Koblenz, western Germany December 23, 2015.

The newspaper said Amazon had ordered a site on Berlin’s fashionable Kurfuerstendamm to be repurposed as a warehouse for more than 10,000 articles from the online retailer’s assortment.

Until now, Amazon has mostly used Deutsche Post’s DHL parcel service for deliveries in Germany, and its move to build up its own delivery capabilities is seen as a threat to DHL’s business.

Deliveries would start in May and would at first be carried out by courier firms already active in the German capital, taking place six days a week in two shifts, Welt said.

The newspaper quoted an Amazon spokesman, when asked about the report, as saying: “We have no announcement about this at the moment.”

Amazon was not immediately reachable by Reuters for comment on the Easter holiday weekend.

Amazon has rolled out several new services for members of its $99-a-year Prime loyalty program, including one-hour delivery, to attract customers in a highly competitive online shopping market.

It is fast expanding such offerings in major cities in the United States and also in London.