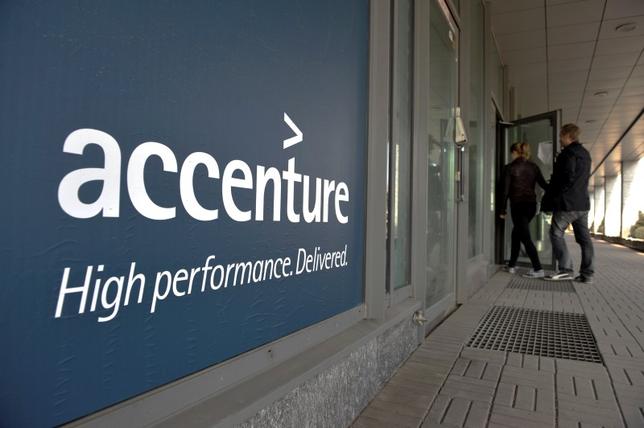 Revenue in the company’s consulting division rose to $4.29 billion, an increase of 12 percent in U.S. dollars and 18 percent in local currency in the second quarter ended Feb. 29.

The business accounted for a little more than half of Accenture’s revenue, with the rest coming from its outsourcing unit.

Outsourcing revenue was $3.65 billion, flat in U.S. dollar terms but up 6 percent in local currency.

Accenture has been investing heavily to boost its digital business, which offers analytics, content management, social media and cloud services.

Net revenue, or revenue before reimbursements, rose 6 percent in U.S. dollar terms and 12 percent in local currency terms, to $7.95 billion.

Analysts on average had expected a profit of $1.18 per share and revenue of $7.72 billion, according to Thomson Reuters I/B/E/S.

(Reporting by Abhirup Roy in Bengaluru; Editing by Maju Samuel and Ted Kerr)